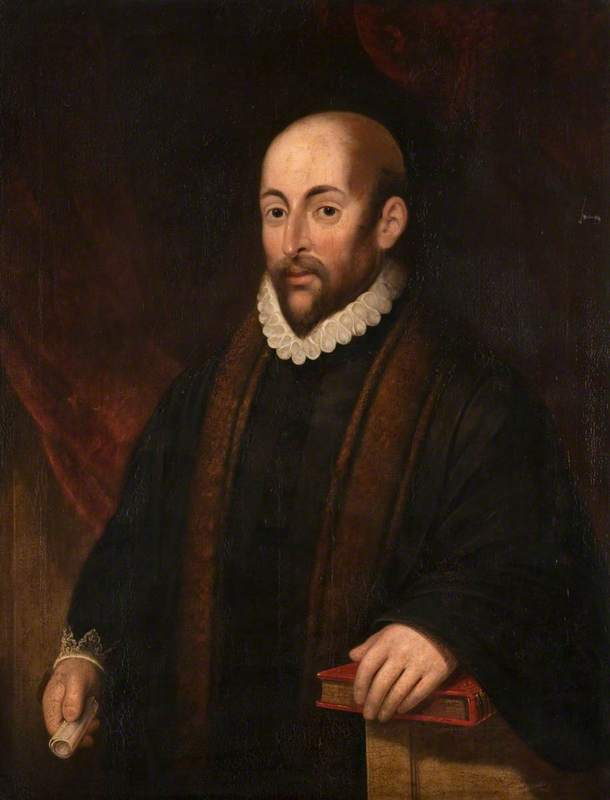 William Spang (c1545 - 1610) was a highly respected apothecary with a booth in the town, and is named in the Charter as 'Inspector of drugs'.

There were no general practitioners at this time, and people consulted the apothecary as they consult a dispensing chemist today. Adulteration and substitution of drugs was prevalent even then. Prescriptions often contained a mixture of mineral, animal, and herbal ingredients. Weights and measures were imprecise. A scruple equalled the weight of 20 grains of wheat. A ‘manipulus’ was as much as could be held in the hand. A ‘pugill’ was as much could be taken between the thumb and the two foremost fingers!

The Charter contains two clauses relating to the sale of drugs and regulation of medicines, and mentions William Spang by name. No one could sell drugs unless inspected and approved by Spang, and only apothecaries could sell dangerous drugs such as poisons, arsenic or sublimate while being aware of the cost, possible harm and damage.

William Spang became Visitor (the most senior office bearer, before the role of President was established) in 1606. Many of the College's early members were apothecaries or surgeon-apothecaries, licensed in the preparation of drugs and sometimes in the practice of certain surgical procedures.