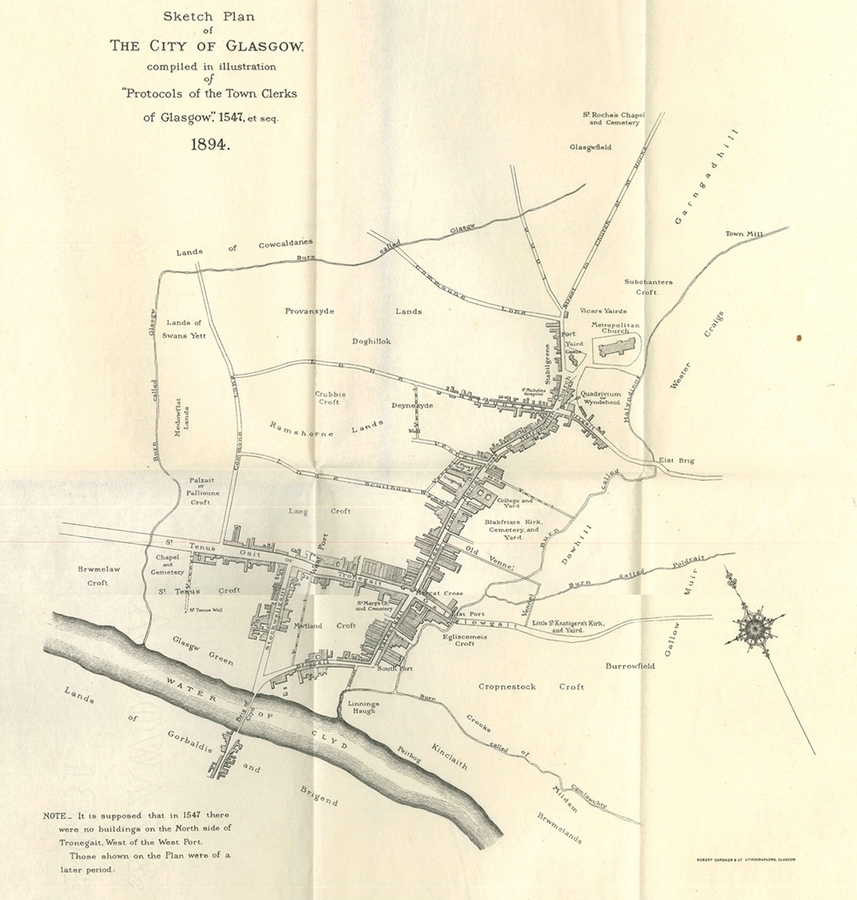 In 1550 Glasgow was a small town of about 5000 inhabitants, situated on the north bank of the Clyde, which was a shallow salmon river at that time. The Mercat Cross, at the heart of its busy commercial centre, stood about three or four hundred yards north of the river. It was surrounded by tenements, many with shops or booths at ground level. They were mainly constructed of wood. Four main streets radiated from the cross. The longest of these led up a brae to the religious centre dominated by the Cathedral and Bishop’s Castle.

Students of the University, founded in 1451 by Bishop Turnbull with the Pope’s authority, were also here. Initially they were taught in the Cathedral Chapter House, then in a building called “The Auld Pedagogy” in Rotten Row across the High Street from the Cathedral, before they moved down the brae to premises donated by the first Lord Hamilton.