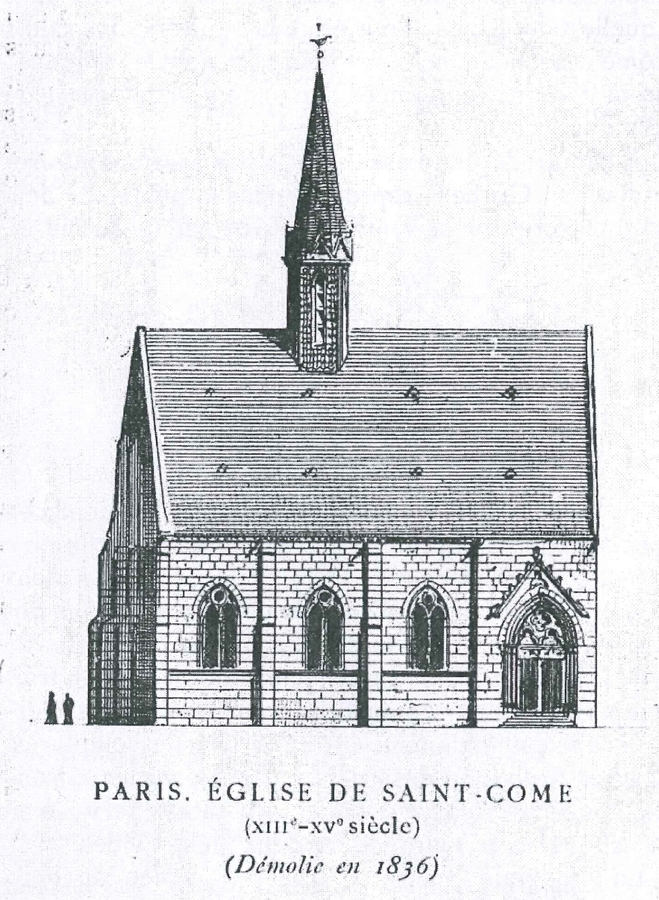 With no medical schools in Scotland, Peter Lowe went to France to become a doctor and surgeon. He wrote “After full Deliberation I applied myself to the study of Chirurgerie… in the auncient citie of Paris, where the professors are learned, wise and grave men who are so useful to the weale publique.”

In Paris he became a student at the Confrerie de St Come et St Damien, a church and school dedicated to twin Christian Martyrs, Cosmos and Damien, famed for the medical miracles attributed to them. Here surgery was taught formally with examinations. Through this route of formal education and examination, Lowe became a "Surgeon of the Long Robe", a status that didn't exist in Scotland or England at that time. "Surgeons of the Short Robe", or barber-surgeons, were limited to minor surgery, venesection, bandaging of wounds and, oddly, acting as accoucheurs or male midwives.

Lowe's experience of medical and surgical learning, training and examination was a major influence in his later career, contributing to his writings and crucially to his vision for the Glasgow College.

In 1588-1589 Lowe served as surgeon to Spanish regiments in Paris. When King Henry IV gained power, Lowe became "Surgeon in Ordinary" to the King, writing later that he had followed “the King of France, my maister, in warrs, for six yeares.”