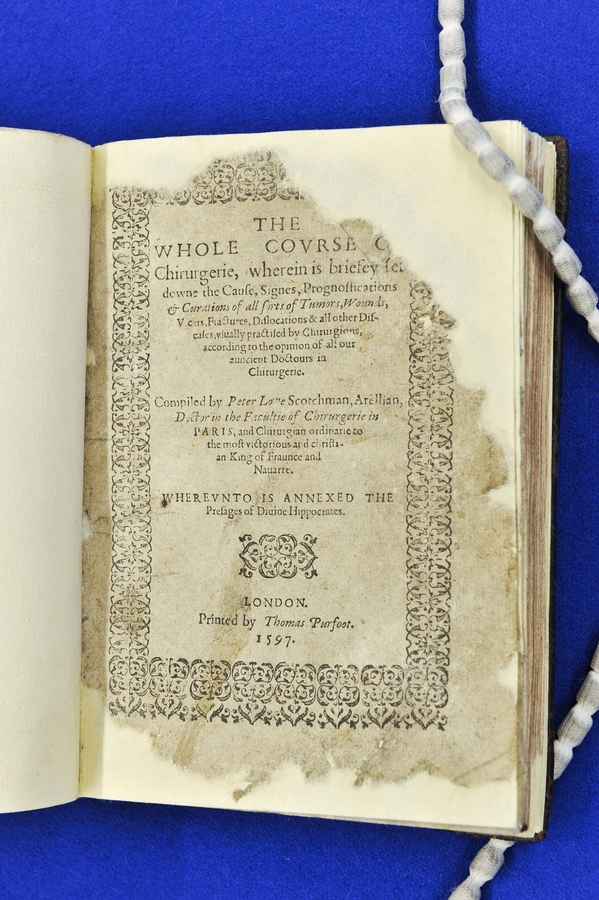 His third visit to London was in 1597 for the publication of his major work, The Whole Course of Chirurgerie. This was the first surgical textbook written in English, rather than Latin. It was written in the vernacular to make it more accessible to surgeons in training, who were less likely to have a formal education and would therefore have limited knowledge of classical languages. The book is much more than a practical manual of surgery, providing the young surgeon with guidance on many areas of medicine, health, and philosophy.

The book is dedicated to “The MOST PUISSANT and mightie prince JAMES the sixte, by the grace of God, king of Scotland.” Further editions were published in 1612, 1634 and 1654. The College library holds one of the rare first editions known to survive, as well as copies of the subsequent editions.

In November 2021 the College hosted an event in collaboration with historian Dr Paul Goatman, and Dr Steven Reid, senior lecturer in Scottish History at the University of Glasgow. This event discussed the formative years of the College, the influence of Peter Lowe, and its relationship with the civic authorities of Glasgow. You can watch the event here.