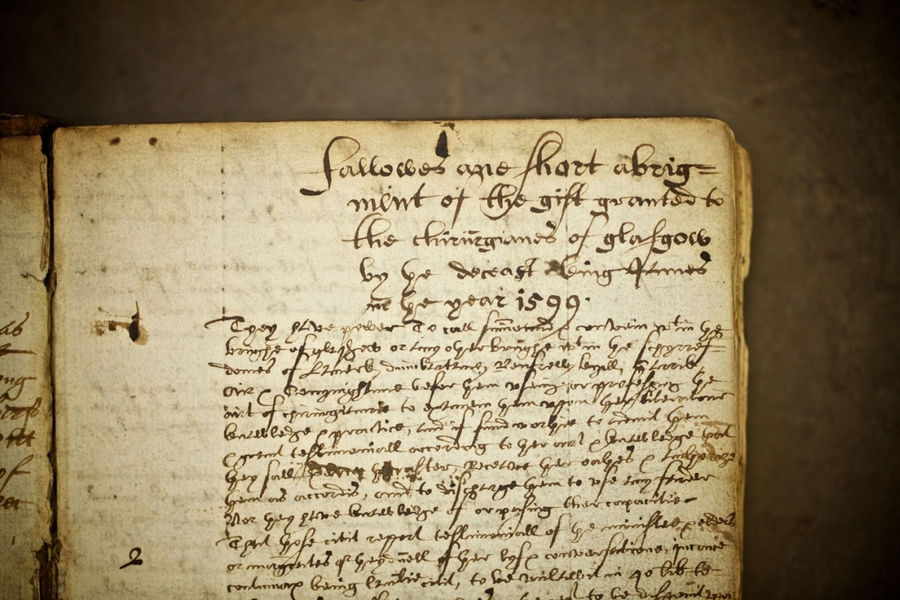 The first minute book of the Faculty, recording its meeting from 1602 to 1688

The first meeting of the new institution took place in Blackfriar’s Kirk on 3rd June 1602. First of all the members had to obtain formal authority to enact the powers within the King’s Charter, so in attendance were the Provost, Sir George Elphinstoun of Blythswood, and three Bailies. The founders Peter Lowe, Robert Hamilton and William Spang were accompanied by Adam Fleming, Robert Allasone, Thomas Thomsone, John Lowe and John Hall. They met again on the 17th and 23rd of the same month to discuss regulations for admission to membership, the examinations candidates had to take, and fees to be paid on admission.

For example, surgical apprentices were to be examined at the end of their 3rd, 5th, and finally their 7th year. At each exam the apprentice surgeon had to pay fees to the College, the clerk, the officer, and the examiners, for whom he also had to provide a dinner.

Initially there were nine members. There should have been ten because two more joined them but Thomas Thomsone had “most wrongously contemptosly disobeyed the rules” and was ejected. Before the College had its own premises, members met in one another’s homes, in coffee houses and churches. They had no specific title until the name ‘Faculty’ appeared about 1629, and about 30 years later the name became ‘Faculty of Chirurgeons and Physitians’. By around 1700 the disciplines were transposed, signalling the increasing prominence of physicians.