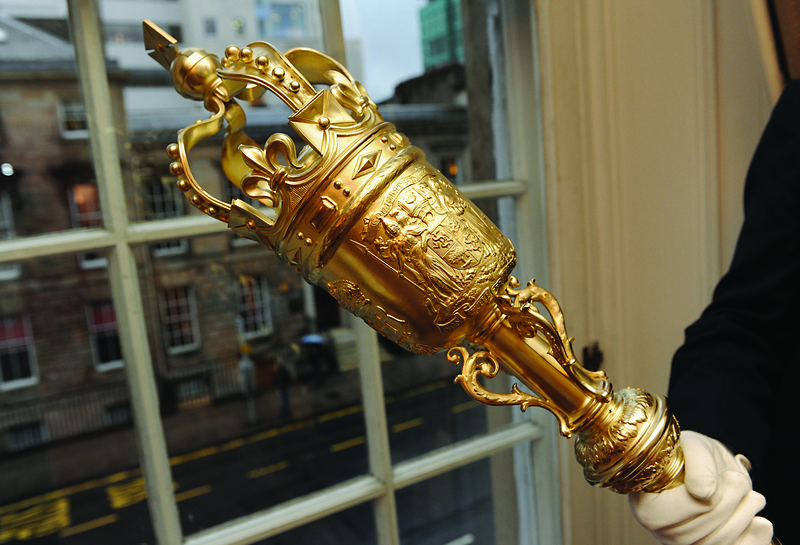 The College Mace, donated by James Walker Downie in 1910

Over the years there have been many changes to the College's name. Although the College was granted its Royal Charter in 1599, it wasn't until 1909 that the prefix ‘Royal’ was granted by King Edward VII, establishing the name the Royal Faculty of Physicians and Surgeons of Glasgow. To commemorate this a sterling silver gilt mace, of similar proportion to that of the House of Commons, was donated by James Walker Downie, a nose and throat consultant. The mace features in the College's Diploma Ceremonies, which welcome new members to the College each year in a celebration of their achievements and their belonging to the College's global community.

In 1962, the name was changed, by Act of Parliament, to the Royal College of Physicians and Surgeons of Glasgow. This made the name consistent with the other royal medical and surgical Colleges, with which the Glasgow College has intercollegiate agreements, particularly in the delivery of examinations and assessment.