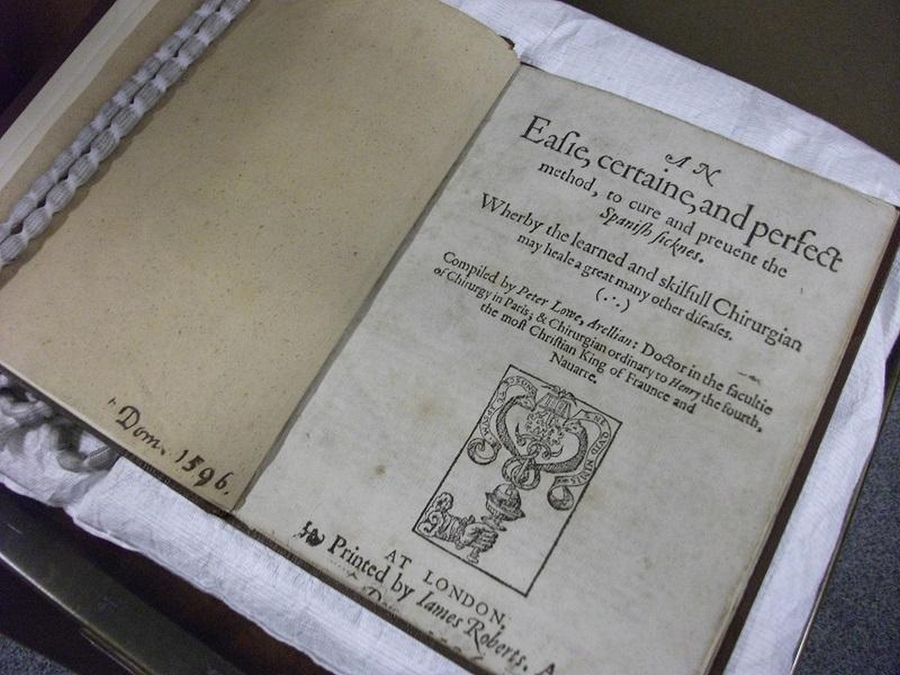 Title page from 'An Easie, certaine, and perfect method, to cure and prevent the Spanish sicknes' by Peter Lowe (London: James Roberts, 1596).

During his thirty years in France Peter Lowe travelled to England on three occasions.

In 1583 he met the secretary to the Earl of Lennox, Alexander Dickson, in London. Acting as spies they discovered the strength of England’s naval and military defences from Berwick to Dover, and even the names of the warships in harbour. This information, secreted in a casket, they then passed to the French Ambassador. The information was never followed up, so its purpose can only be speculated upon.

1596 saw him publish in London his slim volume, An Easie, Certaine, and Perfect Method, to Cure and Prevent the Spanish Sicknes, i.e. syphilis. It was customary to blame another, preferably hostile, nation for the spread of the disease. The skin lesions vanished with his salves and medicines but, of course, the large vessels, brain and spinal cord were still slowly damaged. The College Library holds a copy of this extremely rare book.