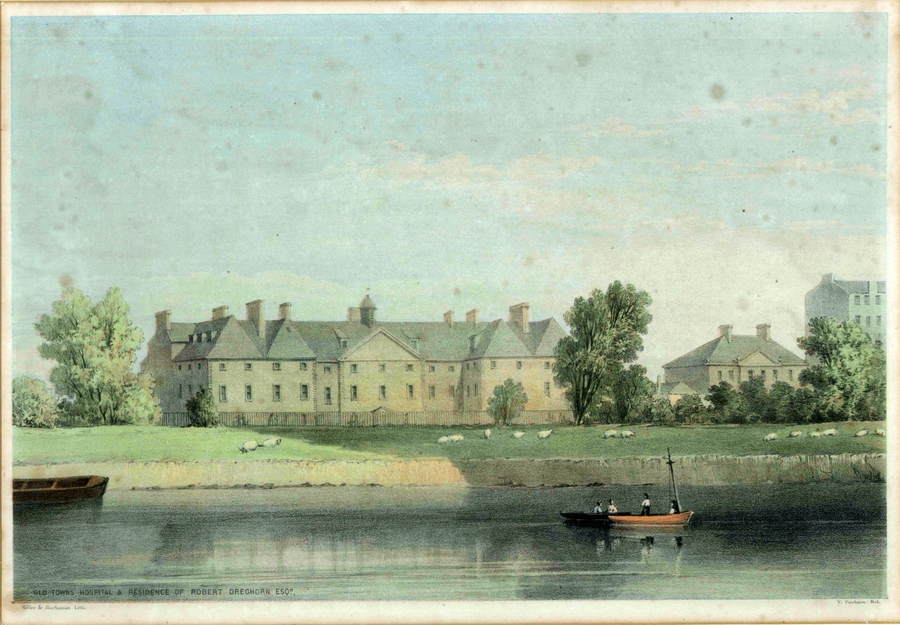 The Town’s Hospital and Poorhouse was originally built in 1733 on Clyde Street, at the edge of Glasgow Green. It housed an infirmary, a work house, an asylum, and beds for the elderly and young orphans. The construction and running of the hospital was financed by charitable contributions from various corporations and societies in Glasgow. Medical care was provided for free by members of the College.
The College had a wider role in the management of the hospital, for example the town’s surgeon John Gordon was on the board of directors in 1732 when the hospital was being planned. When the hospital was built in 1733, the College not only instituted medical provision for the city’s poor, but also hospital clinical teaching for its members.
The hospital closed the doors of its Clyde Street building in 1844, and the poorhouse function was removed to the site of the asylum on Parliamentary Road. At its new location, the City Poorhouse became one of the largest institutions for the poor in Britain, and was often criticised for being overcrowded.

Glasgow Royal Infirmary →
Back to this Exhibition
Back to all Exhibitions