The Glasgow Royal Maternity Hospital was founded in 1834 in Greyfriars Wynd as the Glasgow Lying-In Hospital and Dispensary. Home births were the preferred option of the exclusively male medical community, however many women were too poor to have home births in any comfort or safety. Births in lying-in hospitals increased during the mid 19th century, as did cases of puerperal fever and stillborn births in wards. In their history of the College, Johanna Geyer-Kordesch and Fiona MacDonald state “It could well be argued that maternity wards were primarily useful to men for teaching purposes and less so for women giving birth.” (Physicians and Surgeons in Glasgow, 1999). 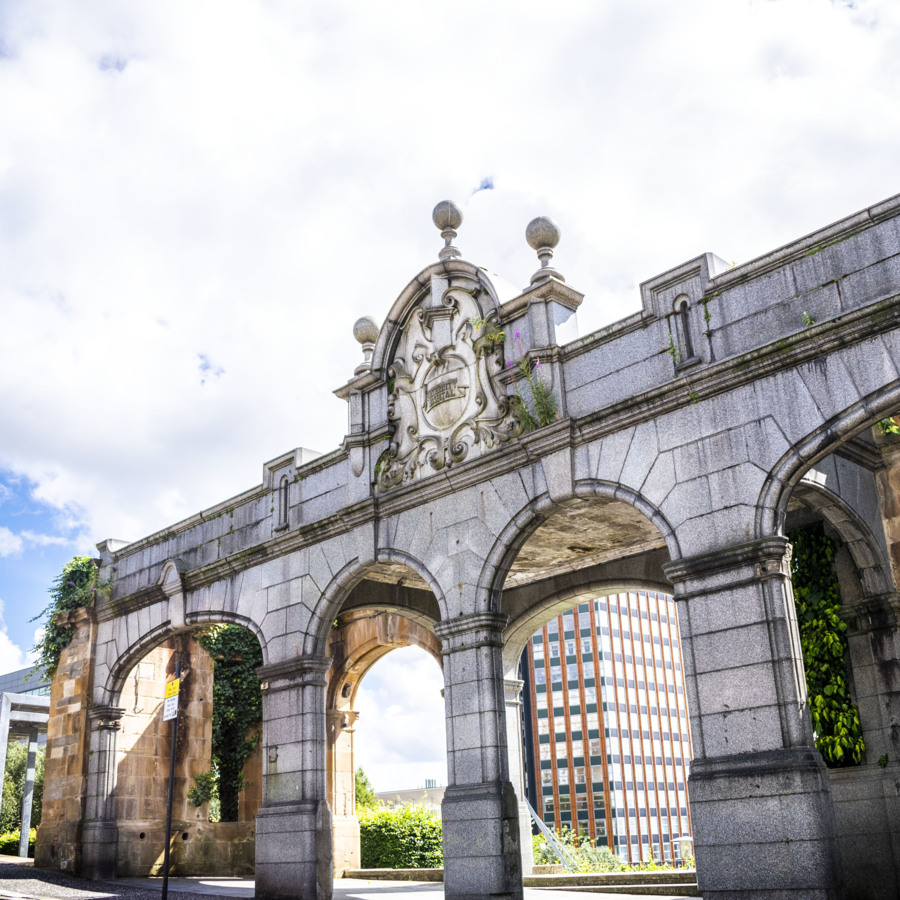 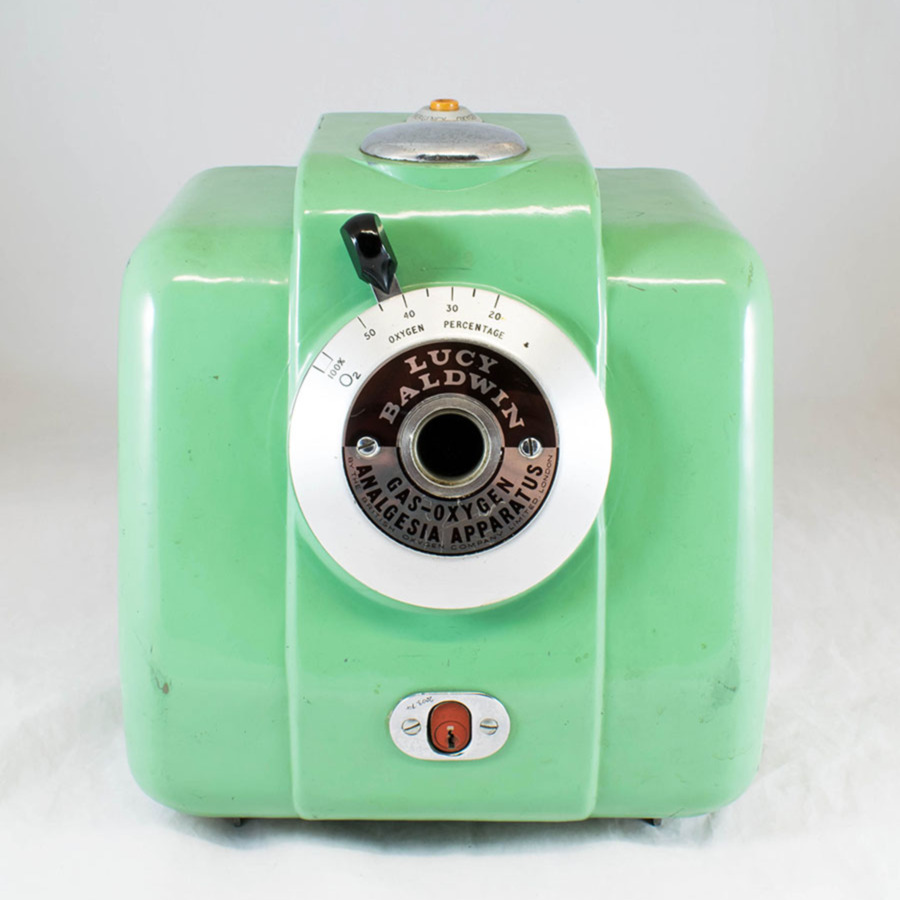 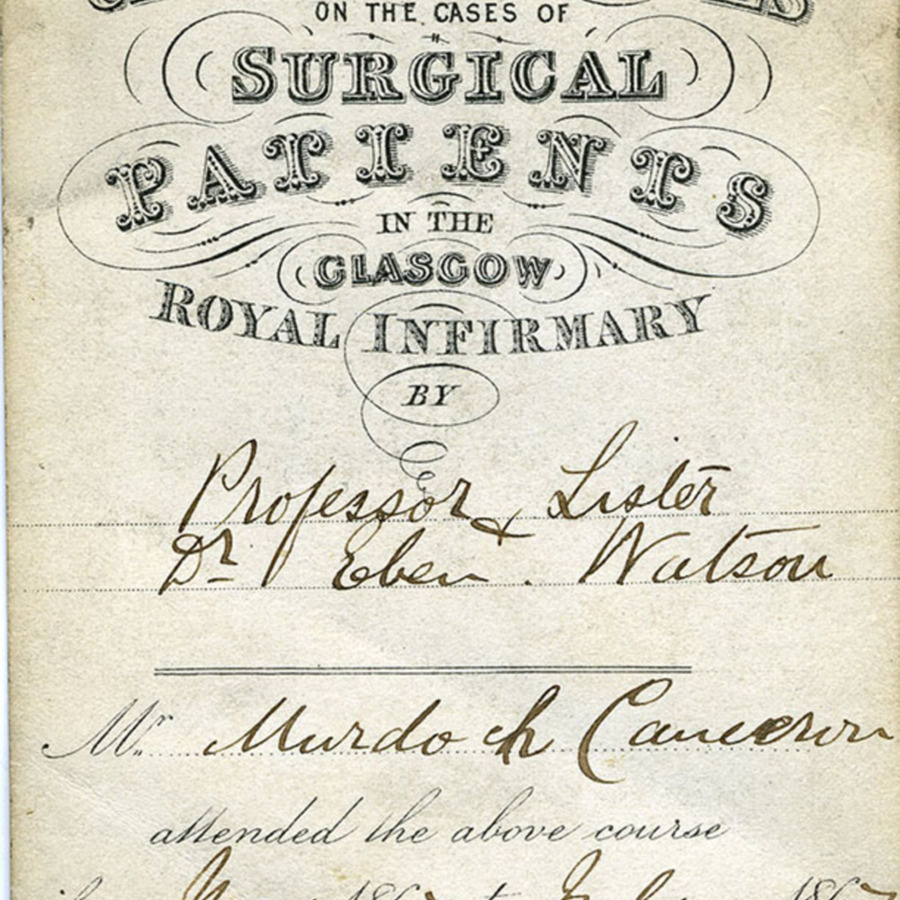 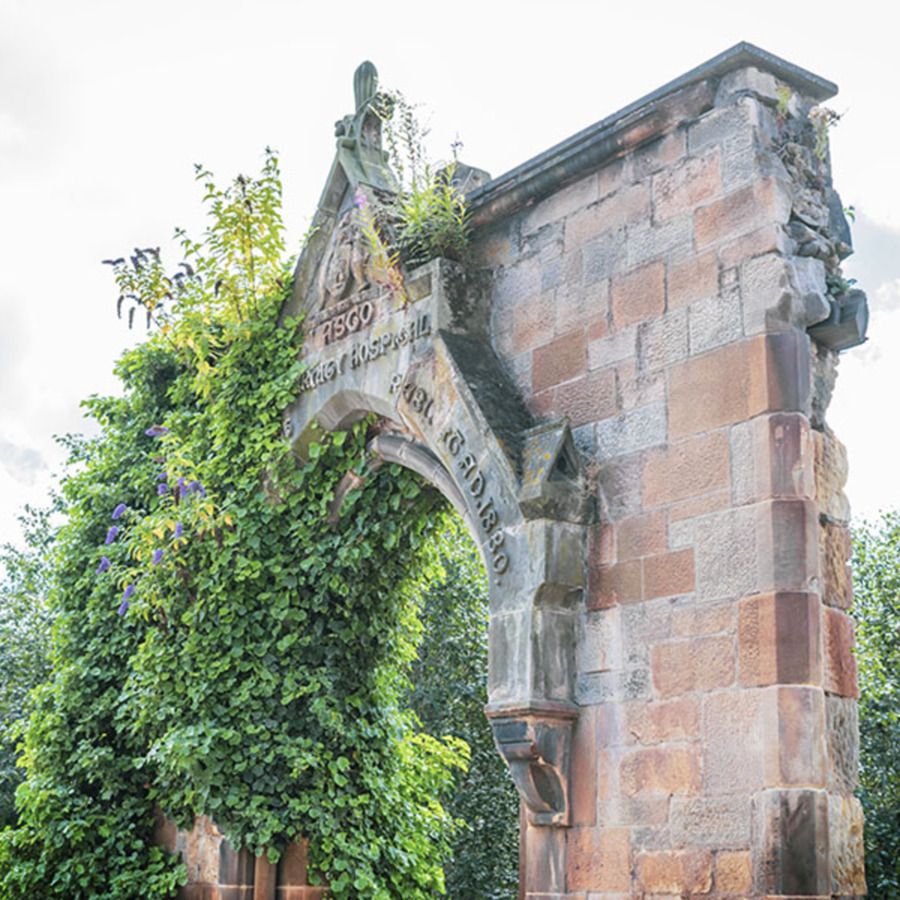 The maternity hospital moved to St Andrews Square in 1841 and in 1860 to Rottenrow. Completely new buildings were erected on the Rottenrow site in 1880/81 and a substantial extension added in 1908. These buildings had a bed complement of 108 beds and contained a large lecture theatre and operating theatre for clinical teaching purposes. A West End Branch was opened at 491 St Vincent St in 1888. This was closed in 1941 having been damaged during an air raid. In 2001 the Royal Maternity Hospital relocated to new premises at the Glasgow Royal Infirmary.

It was at Rottenrow in 1888 that the pioneering work of Professor Murdoch Cameron took place, developing the Caesarean Section into a safe and hygienic form of childbirth. Cameron had worked at the Glasgow Royal Infirmary as a Dresser to Joseph Lister, so was all too aware of the benefits of his antiseptic principle. He used both antiseptic sutures and dressings to prevent wound infection, and both the mother and child survived the operation.

Before the foundation of the National Health Service in 1948, free access to healthcare was not available to all expecting mothers. Pain relief during childbirth was considered a privilege, not a right, and it was only the privileged who could afford this relief.

Lucy Baldwin, Countess Baldwin of Bewdley, was the wife of Stanley Baldwin, the prime minister of the United Kingdom from 1923-1924, 1924-1929, and 1935-1937. Although some may remember Countess Baldwin as a Prime Minister’s wife, Baldwin was an active writer and campaigner for equal maternity health care for all women. Having six children of her own, Baldwin was all too aware of the importance of maternal care during and after childbirth.

Baldwin supported the work of the National Birthday Trust Fund to improve the care of pregnant women, and had an important role in obtaining equal access to anaesthesia for all mothers regardless of their financial income. Her great efforts led to the introduction of self-administered anaesthetic machines into many hospitals across the country. She had close ties with maternity health in Glasgow, having opened a New Infant Health Visitors Association centre in Bridgeton, and paved the way for the employment of the first anaesthetists at the Glasgow Royal Maternity Hospital in 1930. Named after her in her honour, a Lucy Baldwin Gas-Oxygen Analgesia Apparatus can be found with the College’s museum collection.

← Gartnavel Royal Hospital
Back to this Exhibition
Back to all Exhibitions