Home > Exhibitions > Our Science and Art > Illustrating the Body

Before the advent of medical imaging techniques, such as X-radiation and ultrasonography, the only way to visualise the interior of the human body was through cadaveric dissections. These highly orchestrated dissections would often be illustrated by artists or even surgeons themselves to be used in anatomical textbooks. These illustrations were the window to the inside structures of the human body. 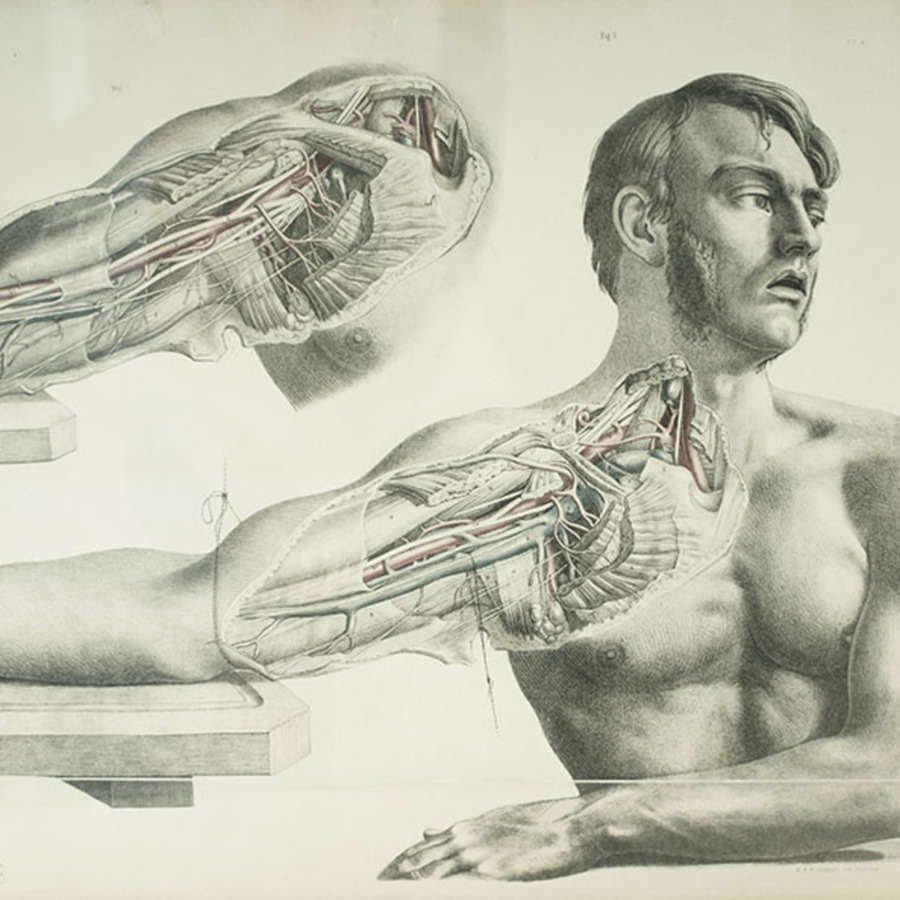 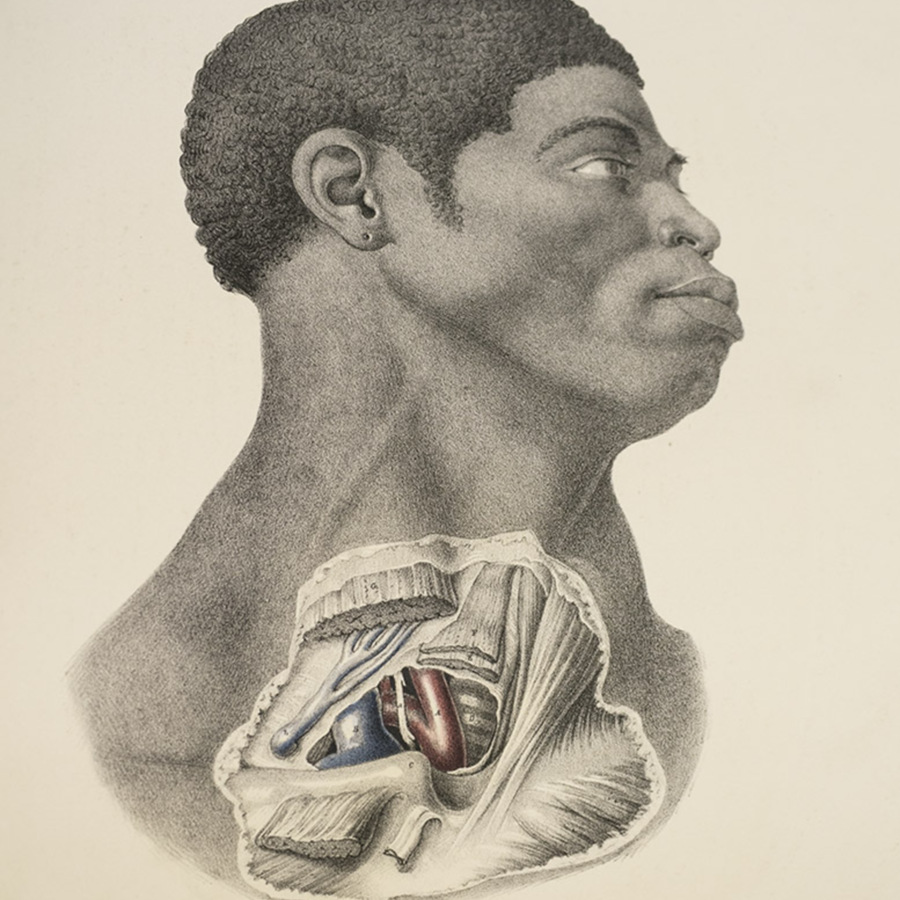 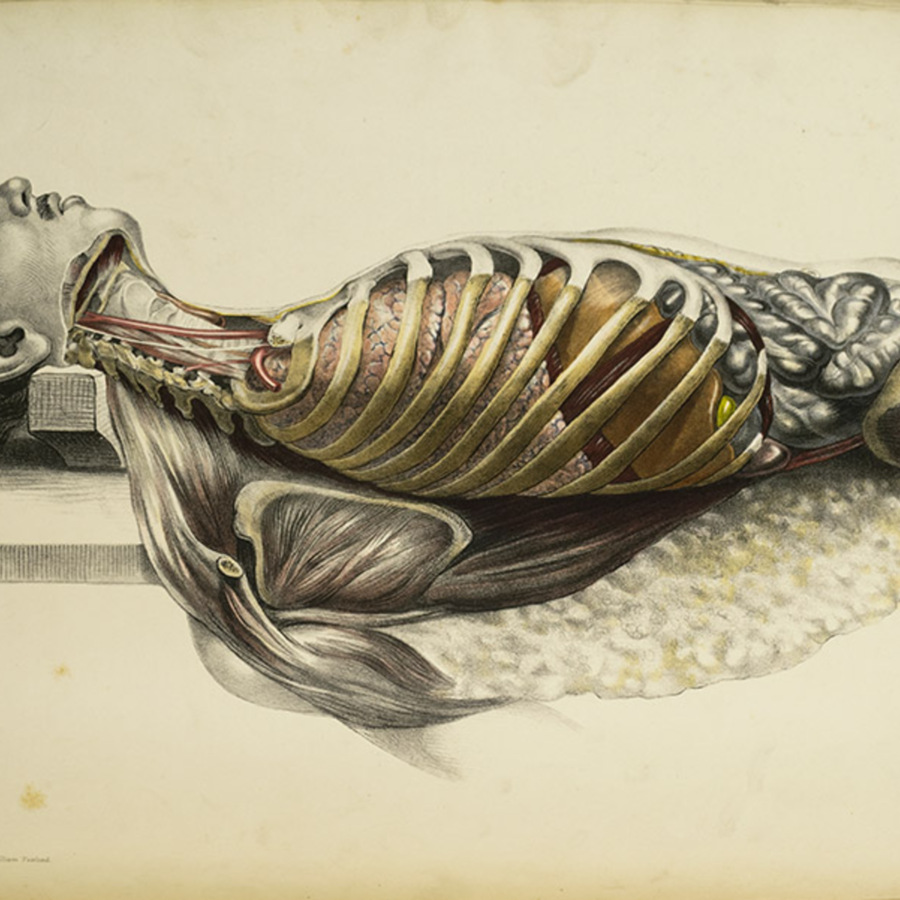 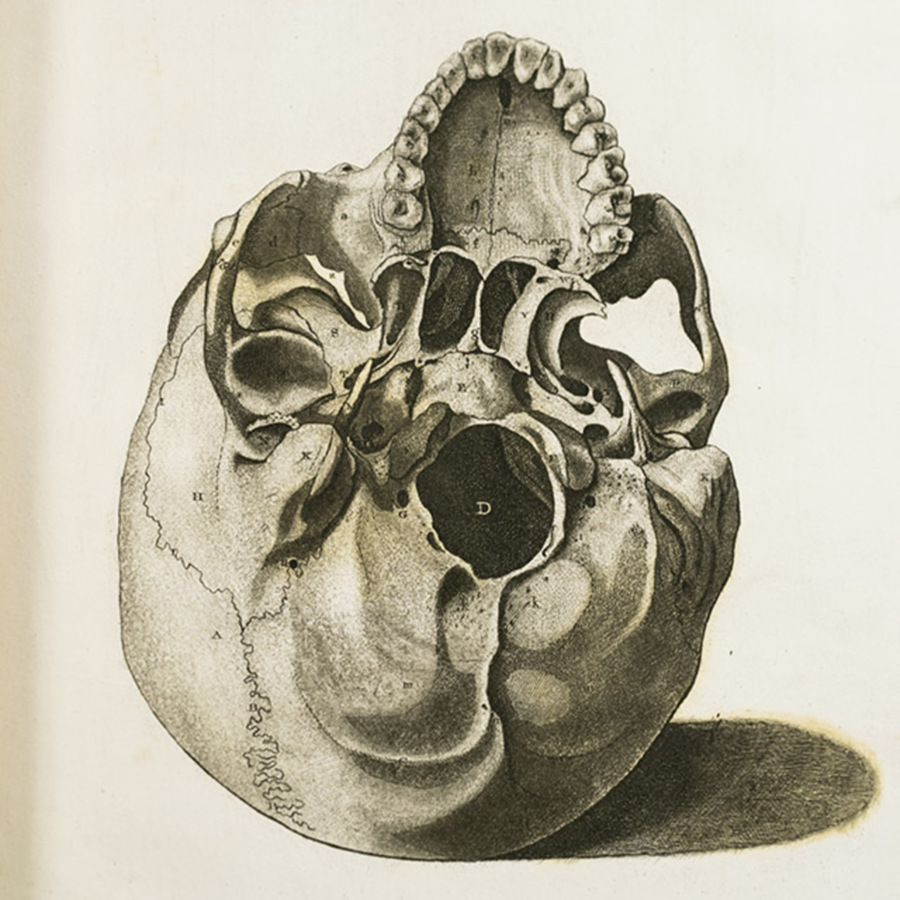 Anatomy, the study of the structures of the human body, is itself both a science and an art, being the foundation to all medical and surgical practice. Anatomical textbooks were vital tools for training physicians and surgeons into understanding the mysteries of the human body, often the only way to see the interior structures without seeing a dead body. Illustrations in textbooks were required to be scientifically accurate, with incredible amounts of detail being put into the artwork and printing processes.

The invention of the printing press in the 15th century paved the way for the easy transmission of images to paper, meaning that books could be published in larger volumes at a faster rate. During the time of Vesalius' De Humani Corporis Fabrica, the mode of printing was via woodblocking. This process involves the carving of an image or illustration into a block of wood, which is then covered in ink and pressed onto paper. After woodcuts came copperplate printing, also known as engraved printing, where images are engraved into sheets of metal.

Lithography was another mode of printing anatomical illustrations particularly popular at the start of the 1800s. Printing using lithography is based on the fact that oil and water do not mix, with images being drawn on to a block of limestone with a greasy material. An example of an anatomy textbook using this method is Joseph Maclise's Surgical Anatomy pictured above. This edition contains 52 lithographic plates detailing different dissections carried out by Maclise himself, who was also the illustrator of the plates. What makes the anatomical images in this book stand out from others of the time is the lifelike poses of the cadavers. Maclise's brother, Daniel Maclise, was a successful painter and his work may have had an influence on how Joseph decided to present his dissections on paper.

Medical photography was another way to display anatomy and patient cases, beginning to take stage during the 19th century. A fine example of this is the clinical photography of William Macewen. A Scottish surgeon who spent most of his career working in Glasgow, Macewen was the first surgeon in the world to successfully remove a brain tumour. He pioneered several disciplines of surgery, including clinical photography which he began to use to document the progress of his patients' treatment.

Illuminating the Interior →
Back to this Exhibition
Back to all Exhibitions