Home > Exhibitions > Our Science and Art > Glasgow and Xrays

Medical imaging, the techniques that are used today to visualise the interior of the human body for diagnosis and intervention, began in 1895 with the discovery of X-radiation by Wilhelm Roentgen in Germany. Within the year of its discovery Glasgow would become yet another leader of clinical advancements. 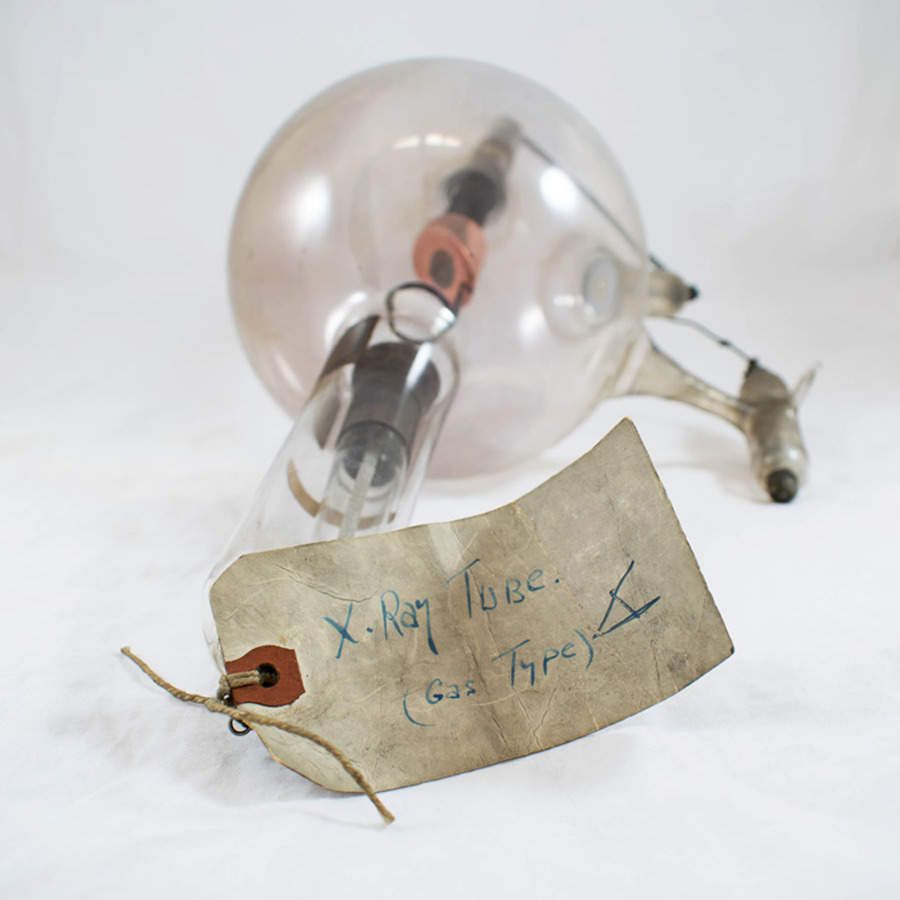 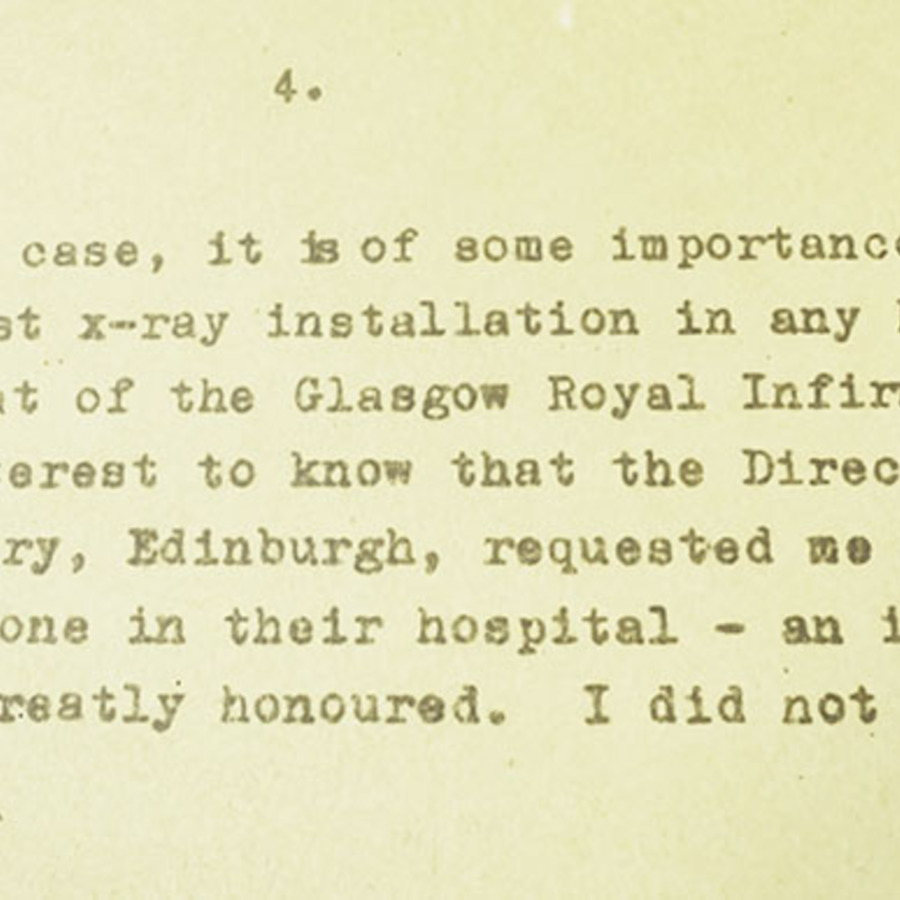 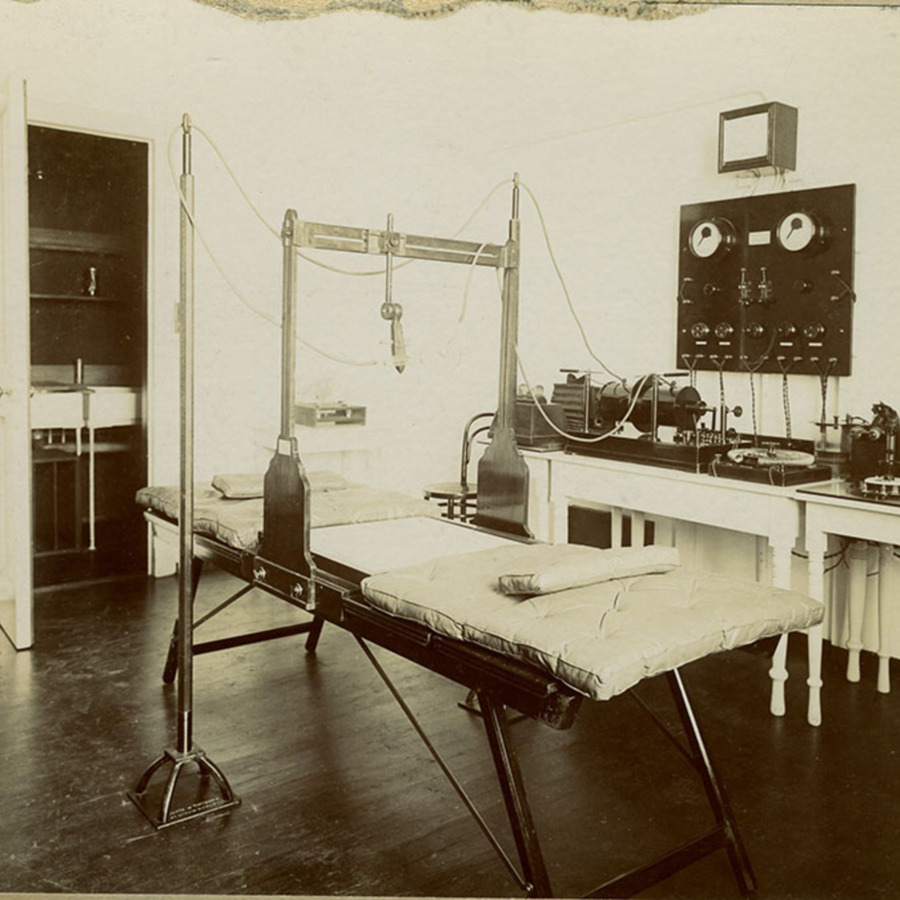 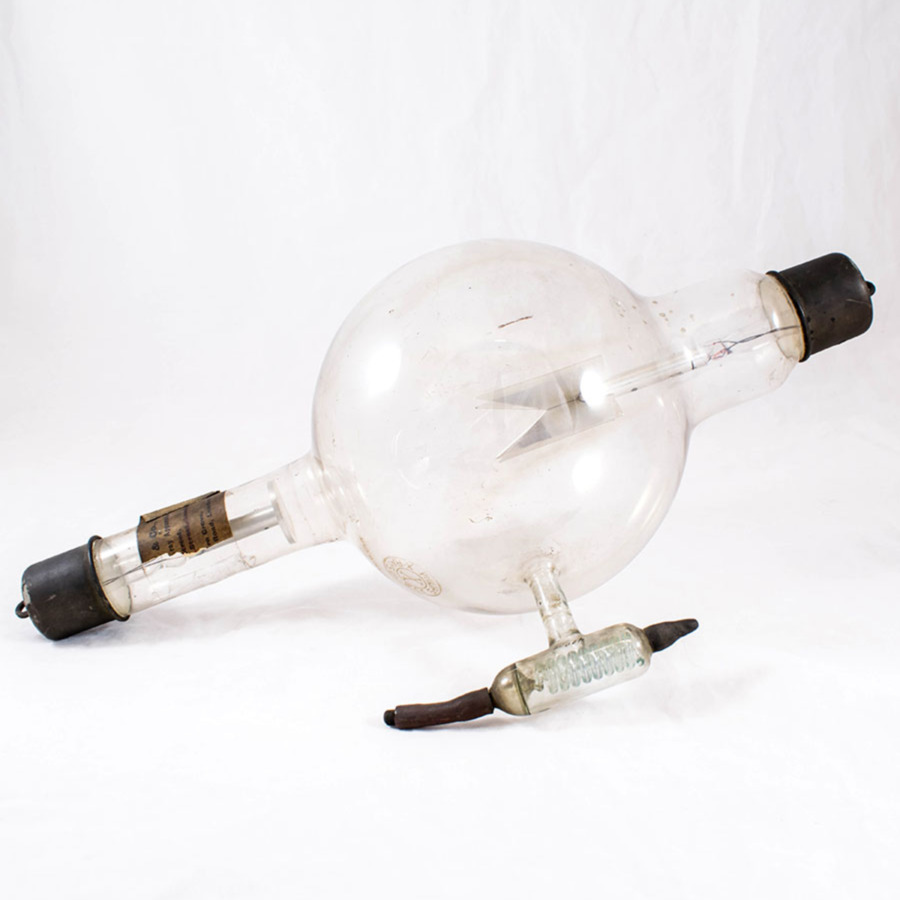 Before the discovery of X-radiation by Roentgen, the visualisation of the interior of the body was limited to medical illustration and cadaveric dissection. Roentgen discovered X-radiation and its imaging uses while investigating what happened when electricity was passed through vacuum tube equipment. He was able to produce the first ever medical Xray, taking an image of his wife’s hand showing the internal bones as well as her wedding ring. He could see inside without having to make a single incision.

Roentgen wrote of his findings and shared them with prominent physicists around the world. One of those physicists was Lord Kelvin, who was Professor of Natural Philosophy at the University of Glasgow at the time. Although originally skeptical of Roentgen's findings, Kelvin became convinced of his discovery. This was the beginning of Glasgow's links to X-radiation.

This is where John MacIntyre enters the story. MacIntyre was an electrical engineer and doctor working at the Glasgow Royal Infirmary as a Consulting Medical Electrician. Lord Kelvin had passed on information of Roentgen's X-rays to MacIntyre, which ignited the flame to MacIntyre's own work into X-radiation. In March 1896, only a few months after the discovery of x-rays, Macintyre obtained permission from the hospital managers to establish an x-ray laboratory, creating the first x-ray unit in the world to provide a service to patients.

In a letter to Comrie, MacIntyre writes:

"In any case, it is of some importance to know that the first x-ray installation in any hospital in the world was that of the Glasgow Royal Infirmary..." 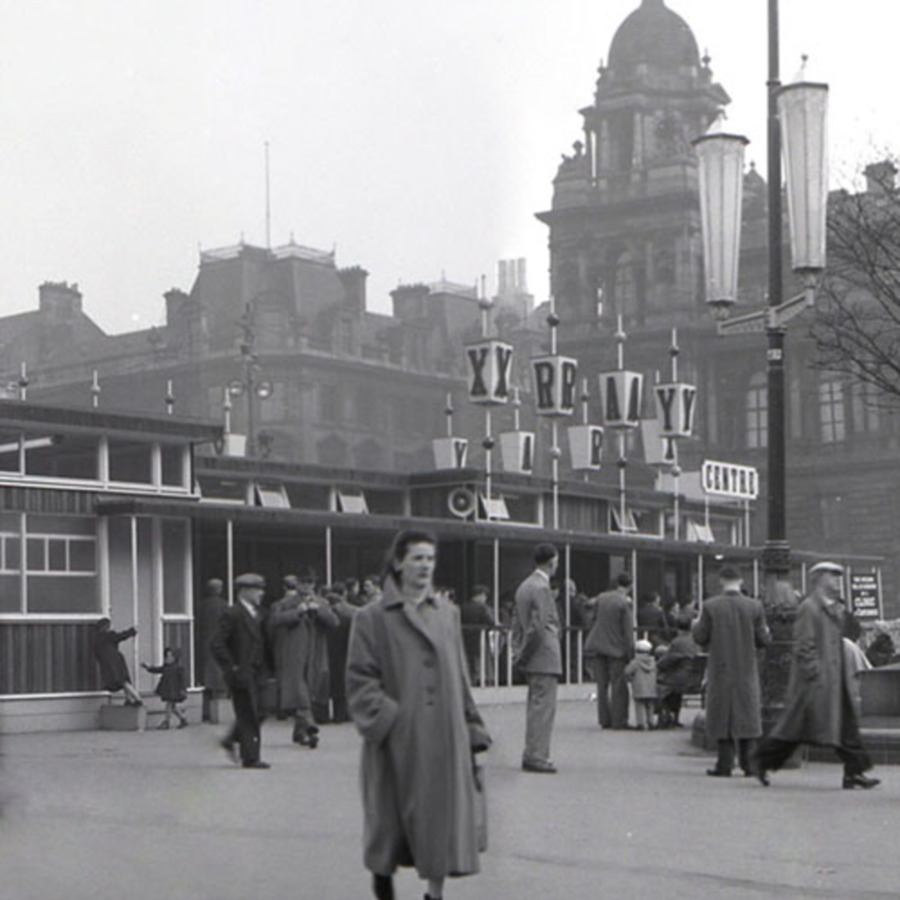 As with several of the larger UK cities, Glasgow had many cases of tuberculosis (TB) during the 19th and 20th centuries. In the 1950s, Glasgow had some of the highest TB death rates in the UK and Europe, which prompted a mass X-ray campaign in March of 1957.

37 mobile radiography units travelled around the city to homes and places of work with the aim of scanning as many people as possible in order to determine potential carriers of TB. These mobile units had been sourced from all over the UK, from Leeds to south-east London. Every effort was taken to conquer the high rates of TB.

An X-ray station was set up in George Square, as seen in the accompanying picture. Large queues of willing participants spanned the square and accompanying streets, with thousands of people being scanned within the first few hours of the opening of the campaign. By the end of the five-week campaign, over half a million people had received an X-ray scan and more than two thousand cases were diagnosed. This campaign led to a reduction in TB cases in the city.