Home > Exhibitions > Our Science and Art > Seeing the Eye

The ophthalmoscope, an instrument for looking inside a patient’s eye, was first invented in 1847 by Charles Babbage.  In 1851, unaware of Babbage’s creation, the German physicist and physiologist Hermann von Helmholtz devised and created his own ophthalmoscope, with a much more efficient design than its English predecessor.  The ophthalmoscope combines reflecting glass and a concave lens to allow the physician to simultaneously illuminate and observe the retina, making it easier to diagnose complaints such as glaucoma, tumours, and detached retinas. 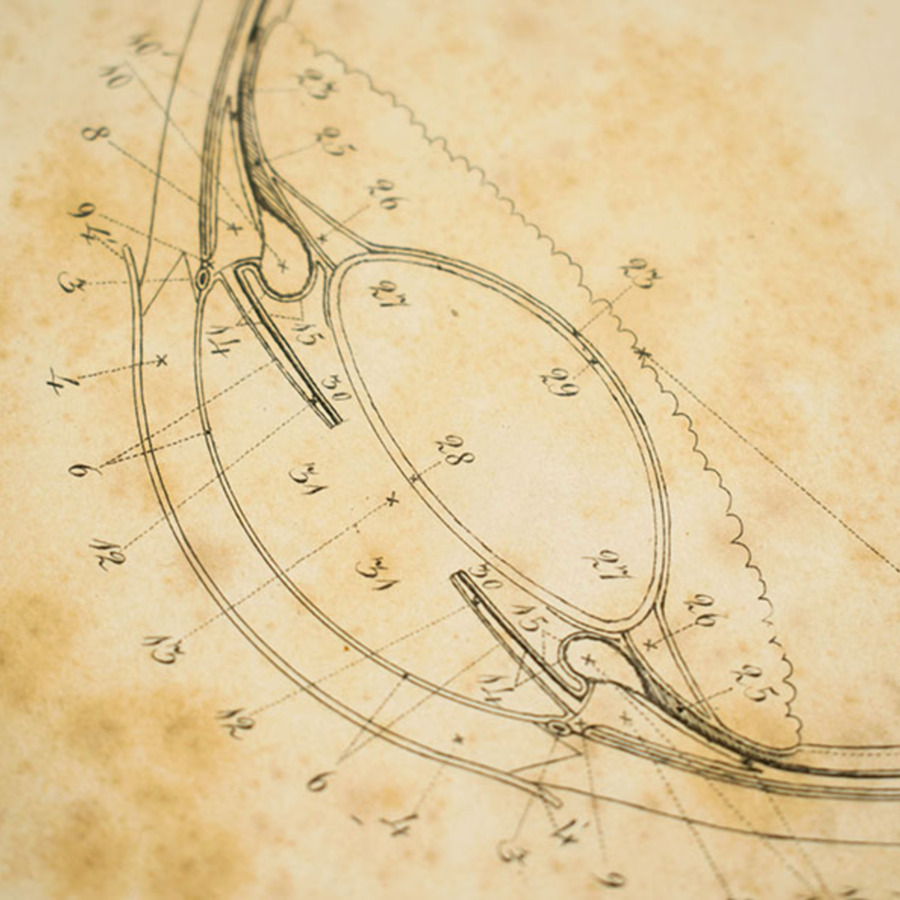 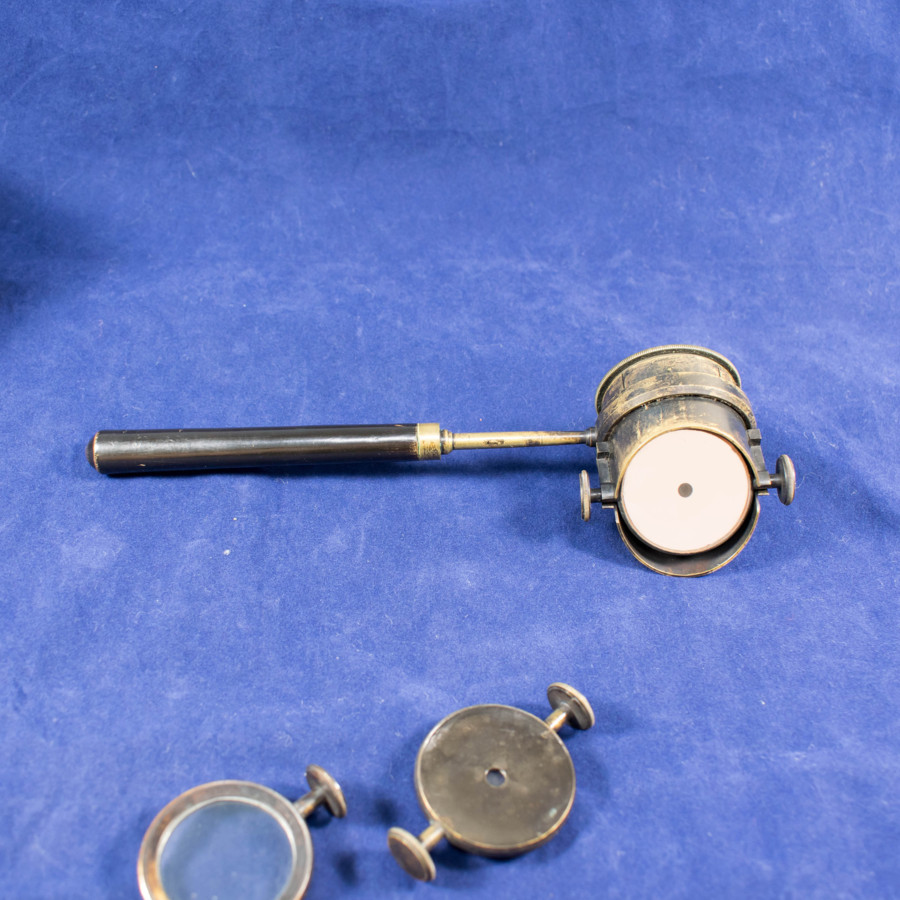 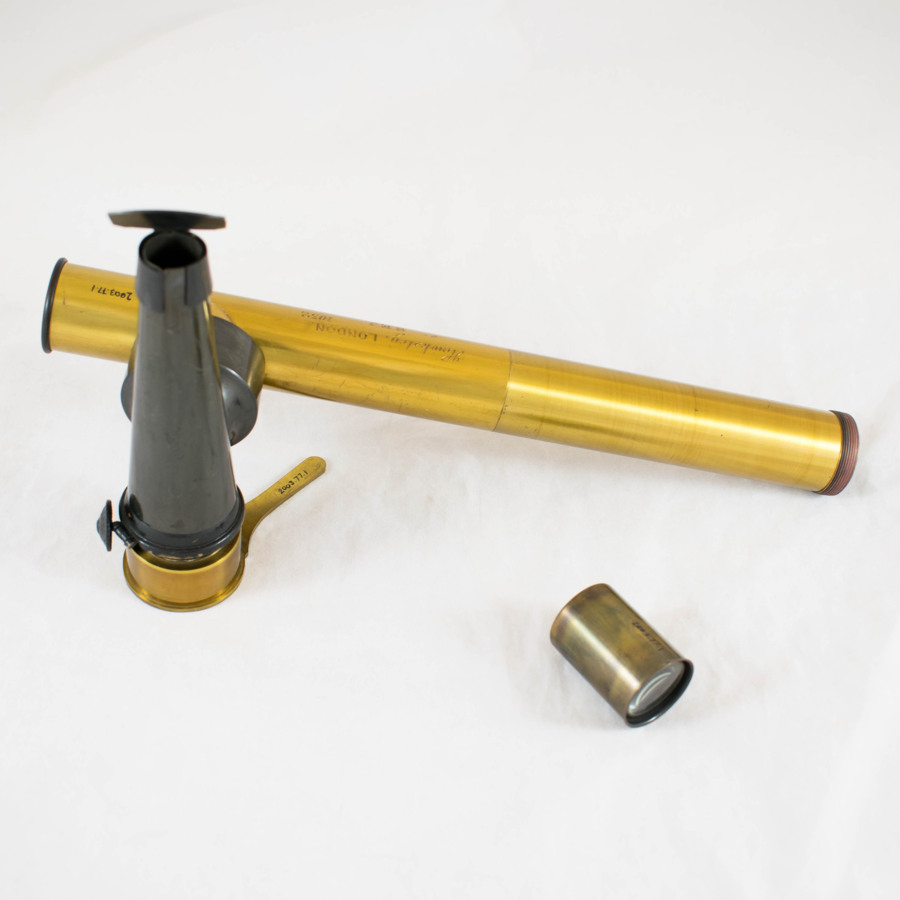 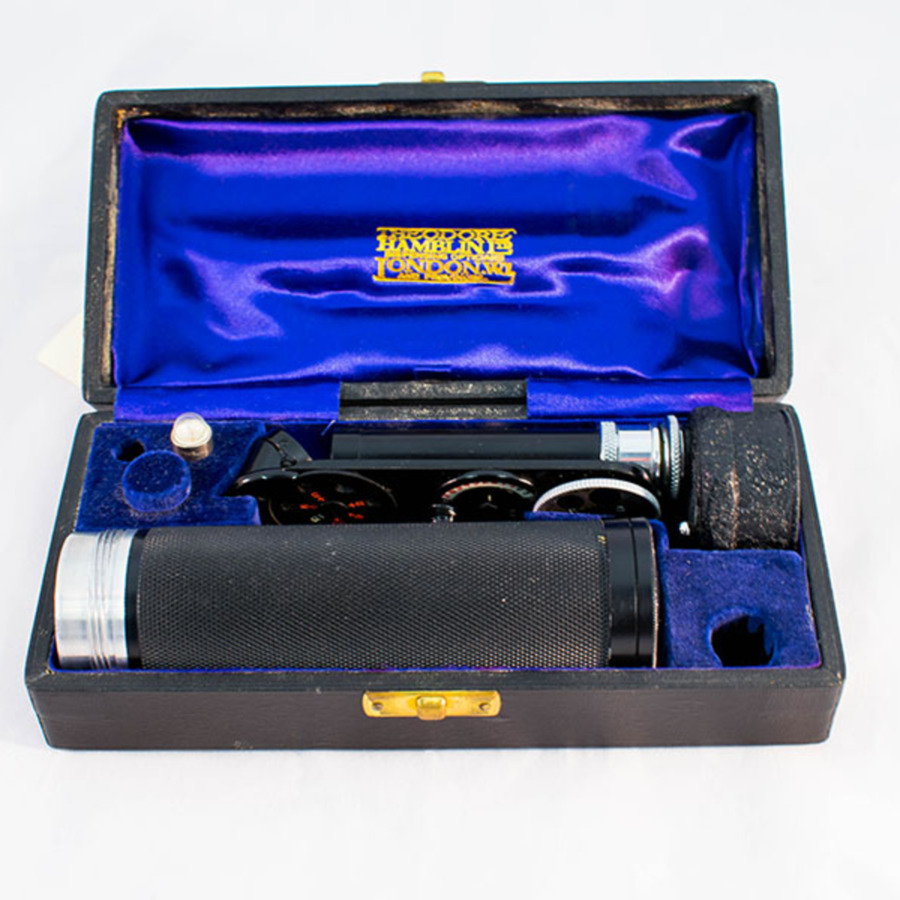 During the 20th century the ophthalmoscope saw the introduction of electricity and artificial light. The Lister-Morton ophthalmoscope is an example of modernising the classic version of the instrument. A. Stanford Morton was an ophthalmologist active during the late 19th century, who designed a style of ophthalmoscope in the 1880s that depended on several mirrors for illumination. Sir William Tindall Lister, the nephew of Joseph Lister, devised an electric version of Morton's ophthalmoscope replacing the mirror-system with an electric battery, allowing light to be shone onto the eye via a built-in torch. 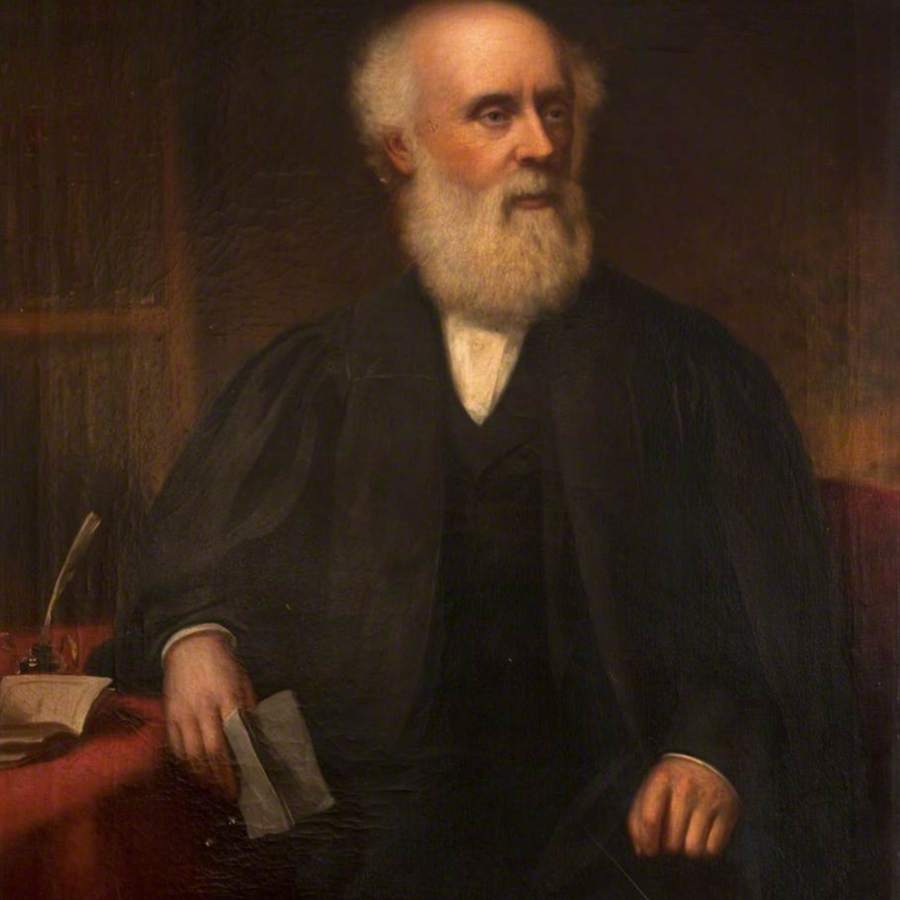 Glasgow has seen several pioneering ophthalmologists over the years. The most well-known, however, is William Mackenzie, the founder of the Glasgow Eye Infirmary.

Mackenzie was born in Queen Street, Glasgow, in 1791, and began his medical studies at the University of Glasgow and the Glasgow Royal Infirmary. He obtained the Licence of the Faculty of Physicians and Surgeons of Glasgow in 1815 and spent nearly the whole of the next three years on the Continent, attending the clinics of Dupuytren and Alibert in Paris and Beer in Vienna. In June 1819, Mackenzie tried to establish an Eye Infirmary in Southwark but the plan fell through and he returned to Glasgow two months later. He became a Fellow of the Faculty of Physicians and Surgeons of Glasgow, began general practice and started lecturing on anatomy, surgery, materia medica and medical jurisprudence in Anderson's College.

The Glasgow Eye Infirmary was jointly founded by Mackenzie and George Monteith in 1824 near Glasgow Cross. In 1874 it moved into purpose built accommodation on Berkley Street in the West End of Glasgow and, by the late 1880s, had over 100 beds. Money for the infirmary was raised by subscriptions, endowments of beds, and fund raising activities. In 1971 the entire in-patient accommodation at Berkeley Street was destroyed by fire. As a result, extra beds were allocated at the newly built Gartnavel Hospital. Gartnavel became the permanent base for the eye infirmary in 1998.

Mackenzie contributed greatly to the field of ophthalmology. His book, "A Practical Treatise of the Diseases of the Eye", was well-received upon its publication in 1830 and became a key text in ophthalmology for many years until the invention of the ophthalmoscope radically changed the practice of ophthalmology. It was the first ophthalmology textbook to be written in English.