In 1834 the body of Scotland’s national bard, Robert Burns, was exhumed from his grave in Dumfries. The exhumation was supervised by local surgeon Archibald Blacklock, who had an interest in phrenology. A plaster cast was taken of the skull, and Blacklock noted that “nothing could exceed the high state of preservation in which we found the bones of the cranium, or offer a fairer opportunity of supplying what has so long been desiderated by Phrenologists - a correct model of our immortal Poet's head”. George Combe, a leading phrenologist, examined the cast and published his analysis in Edinburgh in 1834. 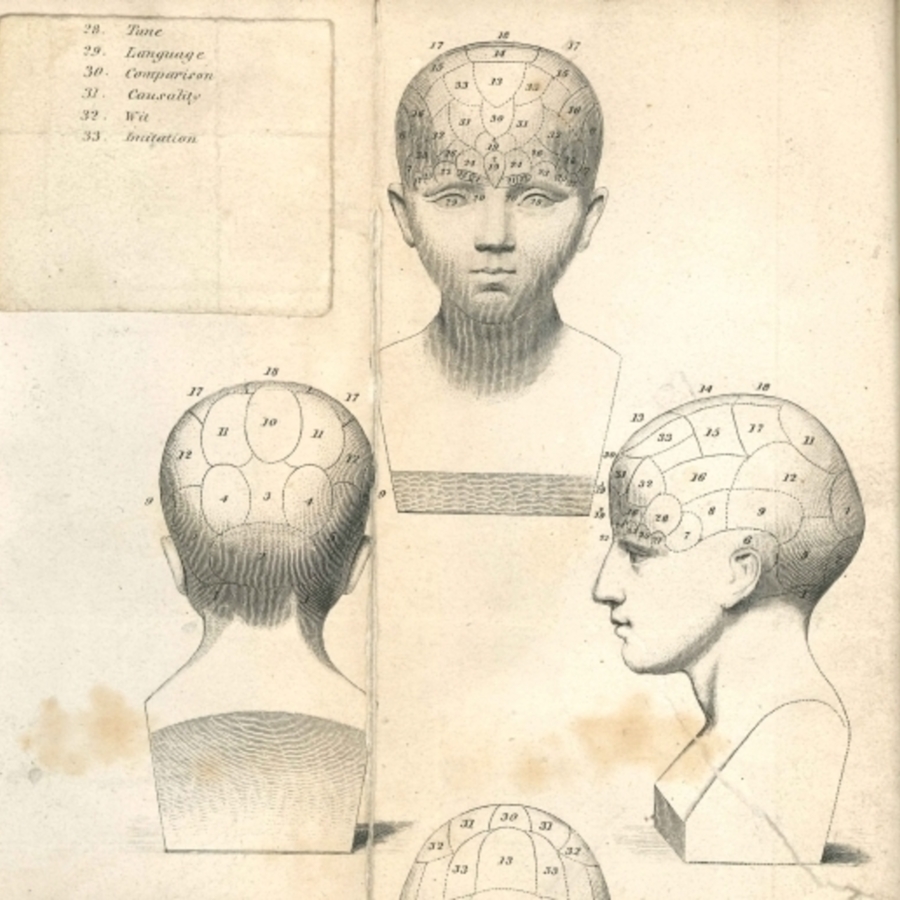 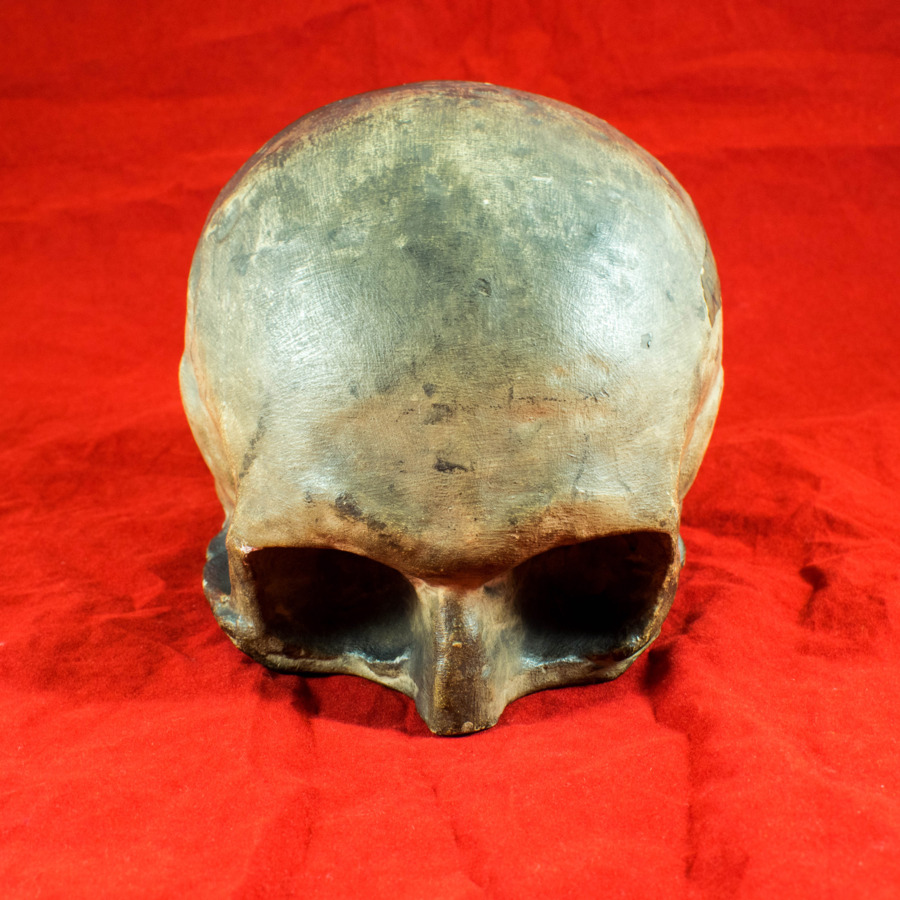 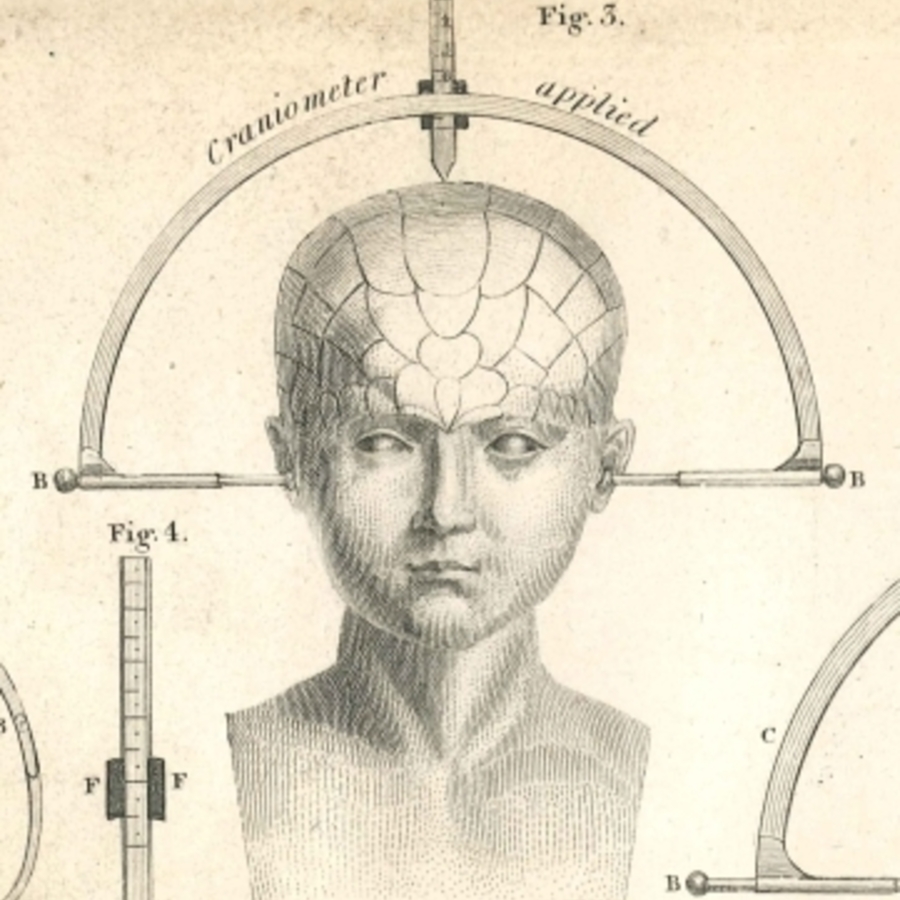 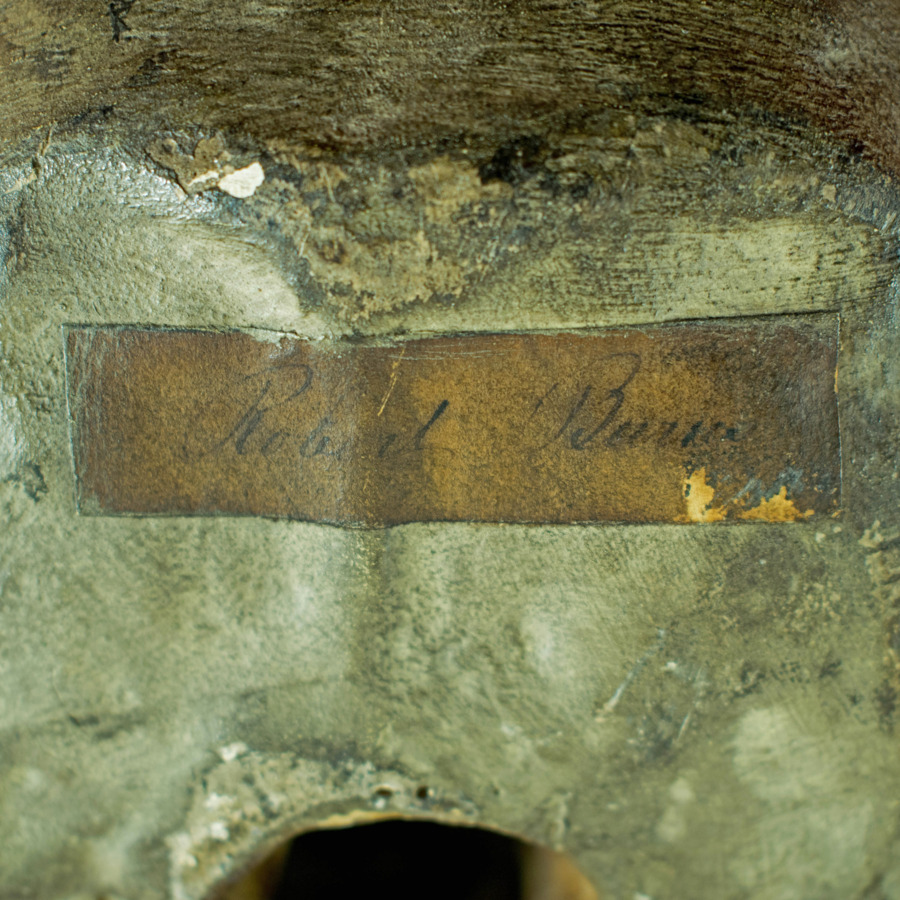 Three casts were made during the 1834 exhumation. This cast is believed to be a copy produced later in the 19th century. It was in the possession of Murdoch Cameron, Professor of Midwifery at the University of Glasgow. Cameron then gave the cast to John Cleland, Professor of Anatomy, whose collection is housed in the University’s Museum of Anatomy.

This item is on loan to the College from the Hunterian Museum.