Instruments for Operating on the Head

Home > Exhibitions > Great Minds > Instruments for Operating on the Head

Instruments for Operating on the Head

Surgical operations on the head have always been and continue to be some of the most difficult in the surgical field. Within the College's museum collection is a trephine set dating from the 1700s. 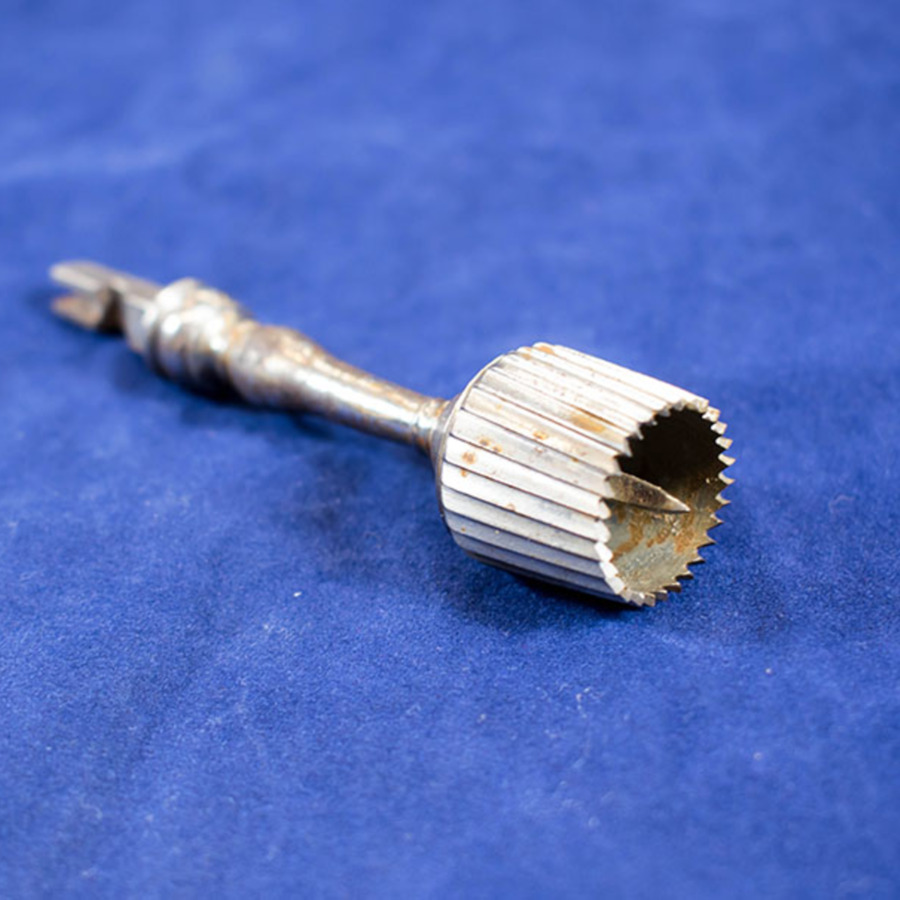 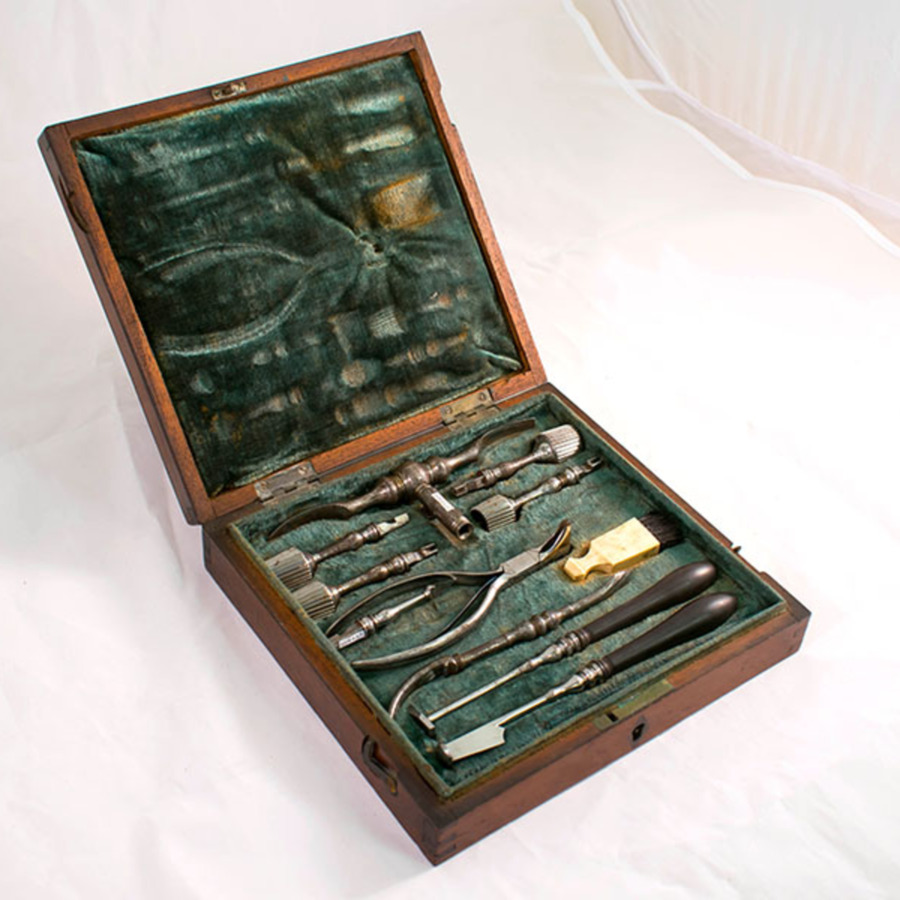 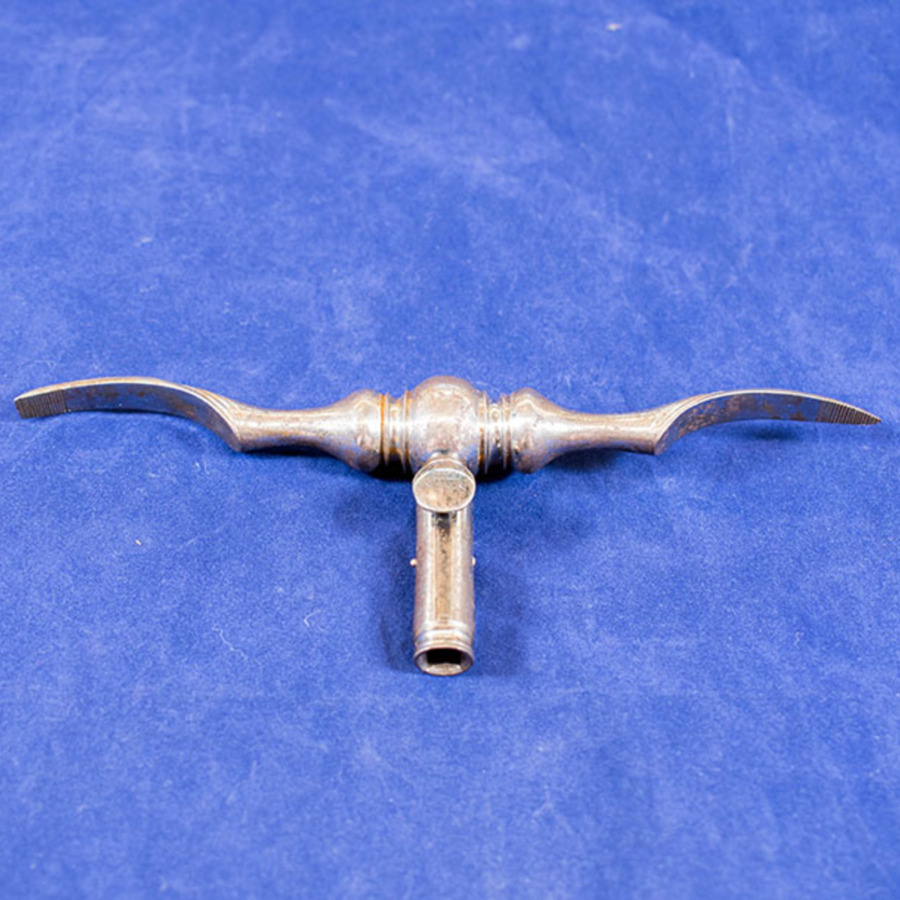 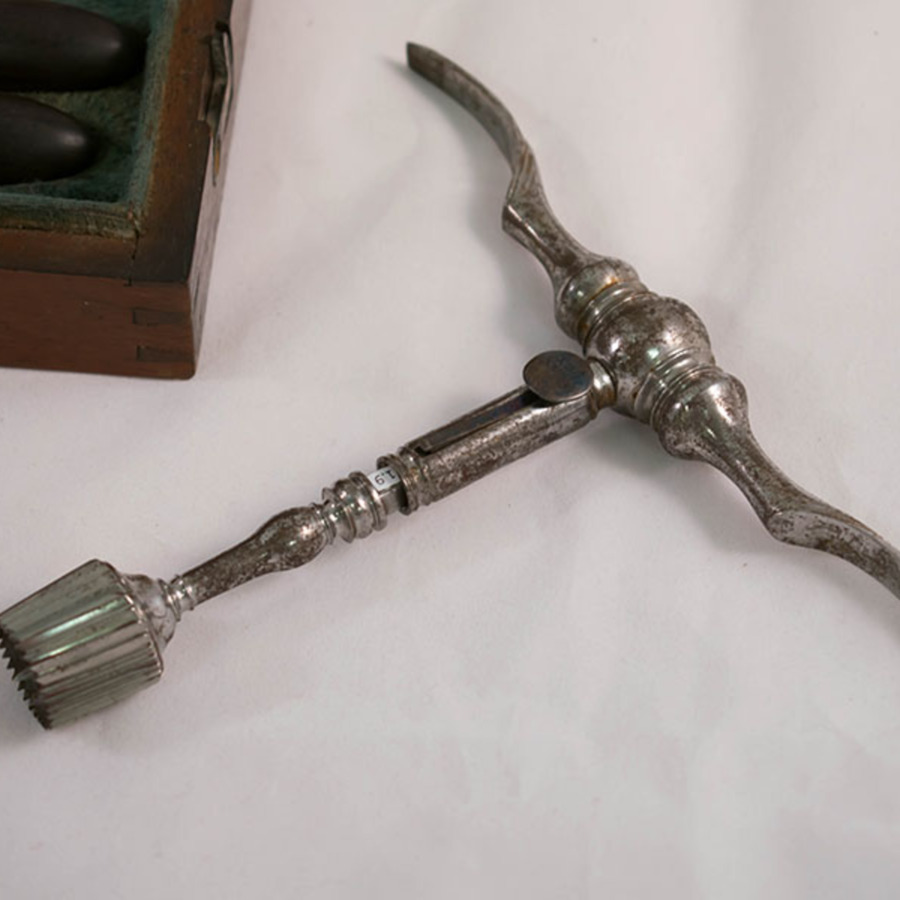 The trephine set on display was made by Edward Stanton of Lombard Street, London, who was active between 1738 and 1744. The set is usually housed within a mahogany case with fitted recesses for each component.

This style of trephine was claimed to have been developed by John Woodall (1556 – 1643). In his book ‘The surgeon’s mate’ (1639), he outlines the improvements he has made to the older trepan instrument. This included the multi-purpose handle design.

The trephine is an instrument for operating on the head. It is characterised by a circular saw, for removing a disc of bone from the skull. The t-shaped trephine handle was designed to be used by one hand, compared to the older style trepan that required two hands and therefore an assistant. It is also multi-purpose, with each end also serving as pointed and square-ended elevators.

Trephination is one of the oldest surgical techniques, dating back to the time of Ancient Egypt. Although the mechanism has remained relatively the same, the instruments used and the reasons for performing trephination have changed with time.