Malaria is a very serious infection that is caused by the plasmodium parasite carried within infected mosquitos. It can be transferred to humans and other animals through a simple mosquito bite, with the parasite passing into the bloodtsream and subsequently infecting blood cells around the body. The rupturing and bursting of these blood cells results in the ongoing fevers and chills associated with this disease. 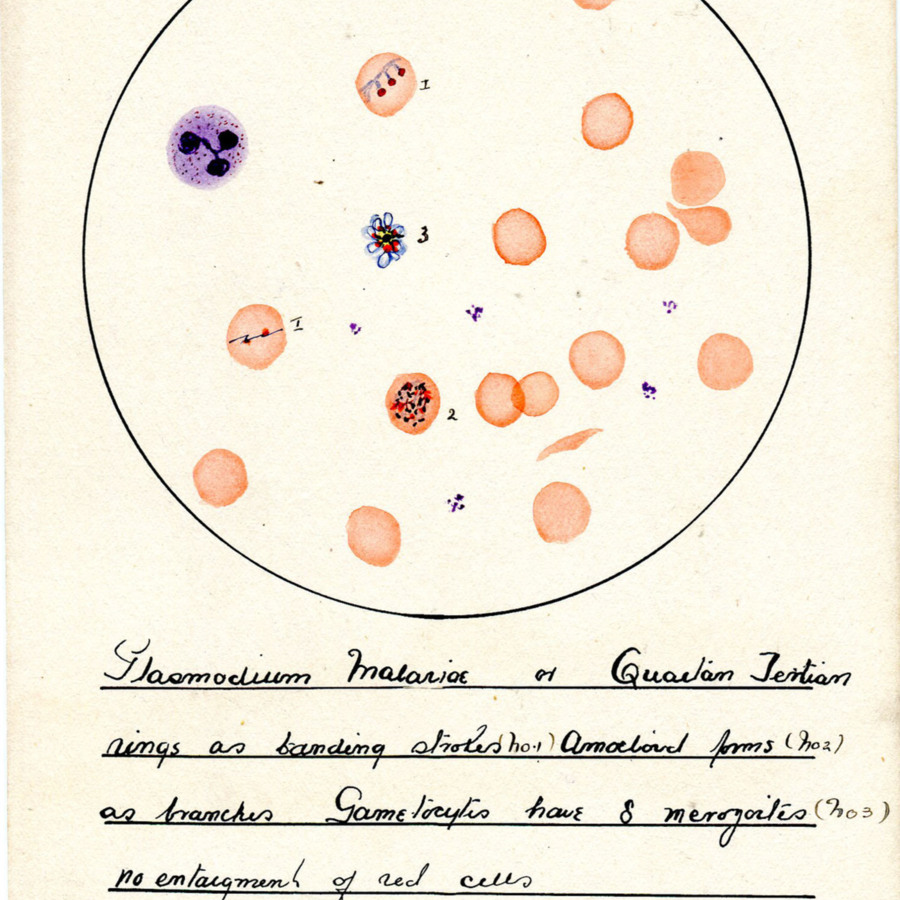 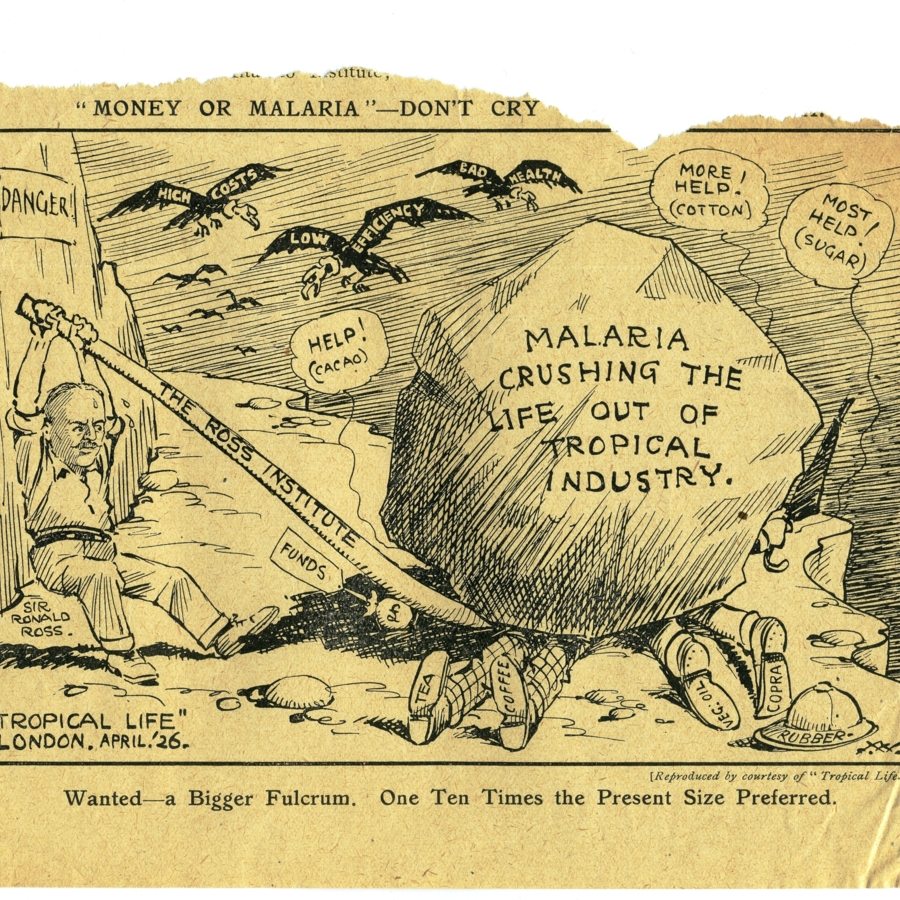 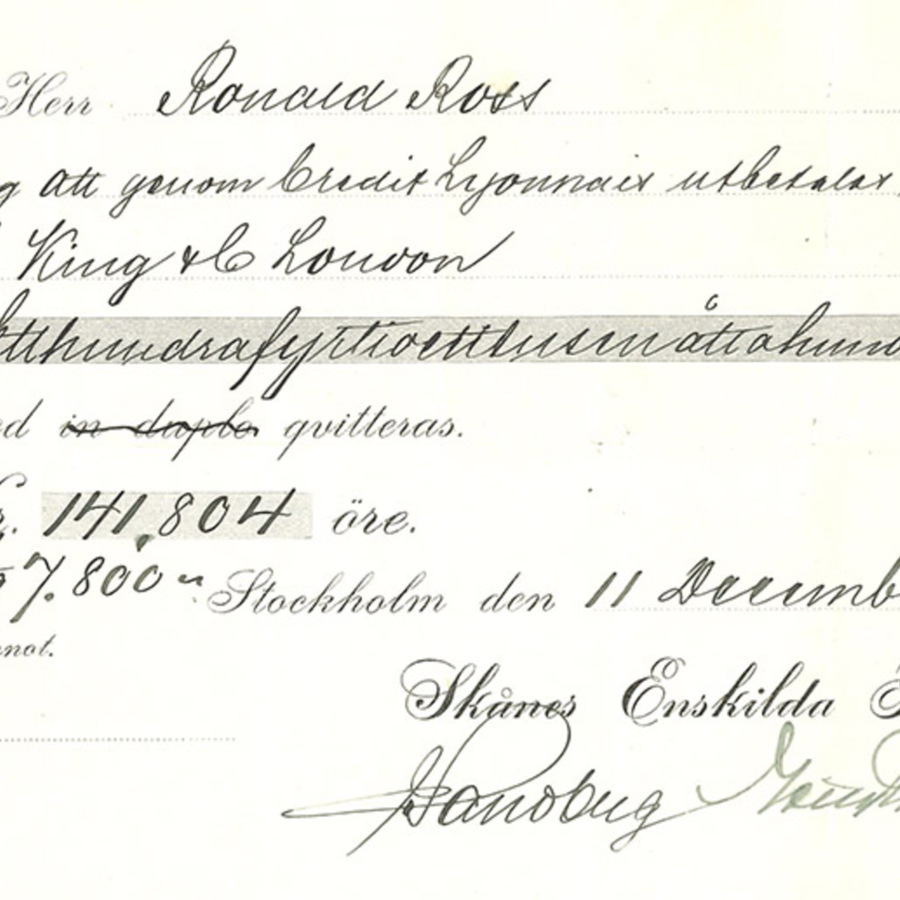 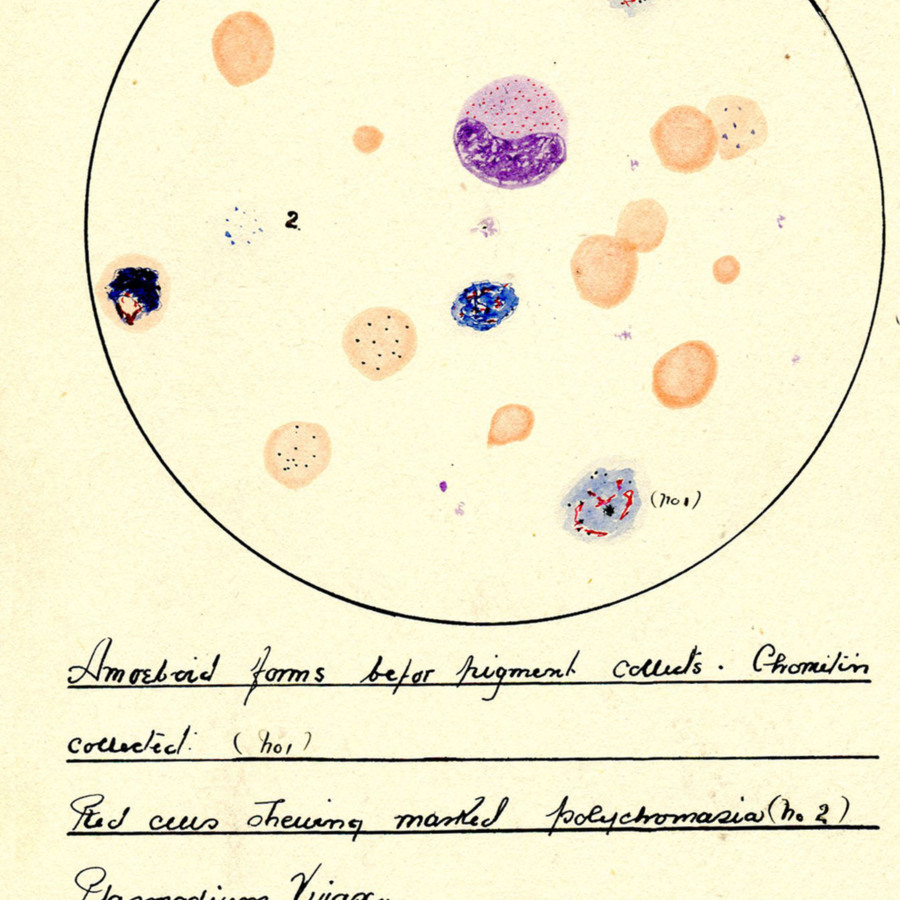 The world’s first anti-malarial vaccine was approved in 2021; however, attempts at immunisation began in the late 19th century. Despite his ground-breaking research into the transmission of malaria, Sir Ronald Ross was unsuccessful in creating a vaccine for this tropical disease. As a result, throughout the 1900s antiparasitic tablets provided the only defence against infection.

At the time of Ross's investigations, the transmission of malaria via mosquitos was a hypothesis put forward by Alphonse Laveran and Patrick Mason, the latter of whom Ross had met in London and regularly corresponded with. By studying malaria in birds in India, Ross was able to prove the life cycle of the malarial parasite and transmission to different hosts by mosquitos. He was awarded the Nobel Prize for Medicine in 1902 for his contributions to malariology, and his work in malaria is generally held to be the crowning achievement of his career. 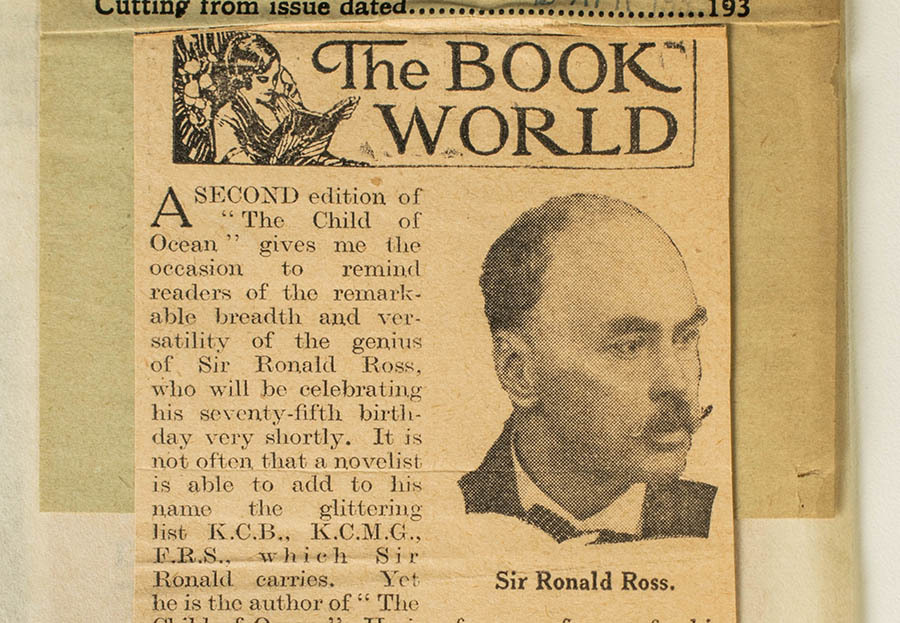 Sir Ronald Ross was a true polymath in possession of a great mind which was only partly occupied by malaria research. He was also a published novelist, a poet, an advocate of spelling reform, an artist and a mathematician. The College's Ross Collection includes items covering Ross’s works in medicine, mathematics, literature and spelling reform, as well as his time at the Liverpool School of Tropical Medicine, the War Office and the Ross Institute. The College holds half of the papers of Ronald Ross with the other half, known as the Ross Archive, being held at the London School of Hygiene and Tropical Medicine.

Ross wrote a number of novels, mostly during his spare time while working in the Indian Medical Service. His first novel, The Child of Ocean (1899) is described as a romance and a later book, The Revels of Orsera (1930), is a fantasy novel which still has something of a cult following today. Manuscript drafts and notes for both editions of The Child of Ocean, plus another unfinished draft for a novel, can be found in the Ross Collection.

He also wrote a large number of poems, many of which remain unpublished and can only be found in manuscript form in the Ross Collection. Of those that were published, the majority are collected in Selected Poems (1928) and In Exile (1931). As with his novels, Ross kept all the different drafts and versions of his poetry, filling dozens of notebooks in the collection.

You can search for items in the Ross Collection on Archives Hub here.

← Tuberculosis
Covid-19 →
Back to this Exhibition
Back to all Exhibitions