The equipment used for vaccination has changed over the years, but the basic mechanisms have remained the same. 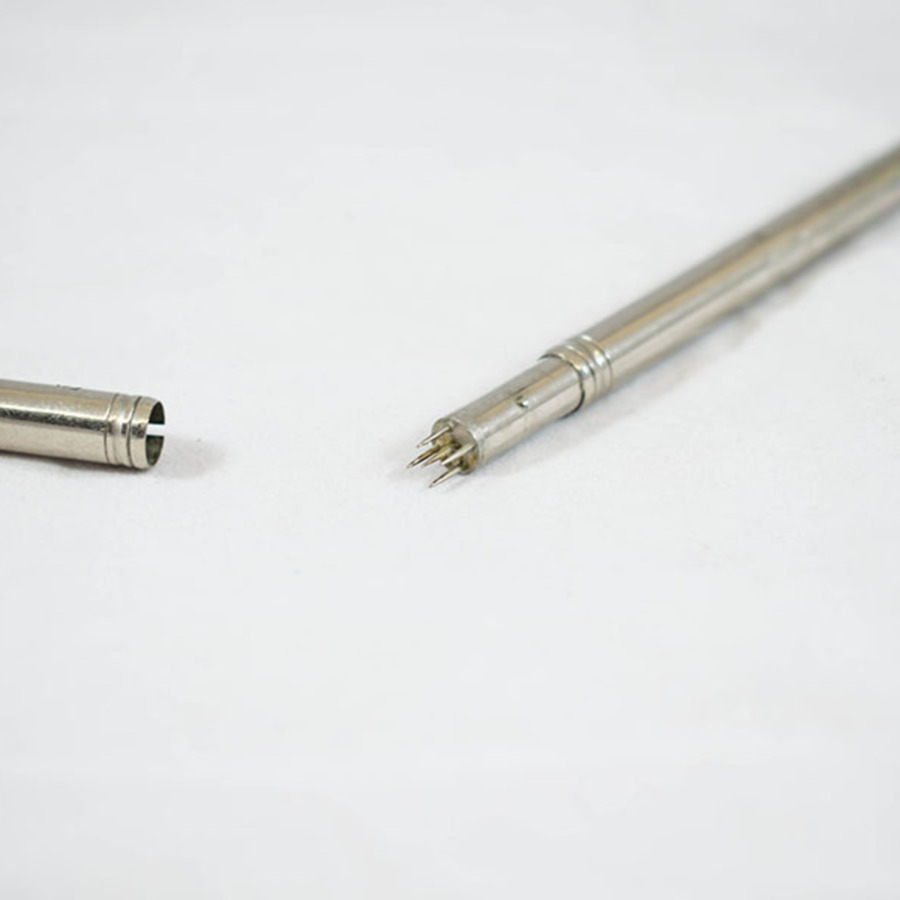 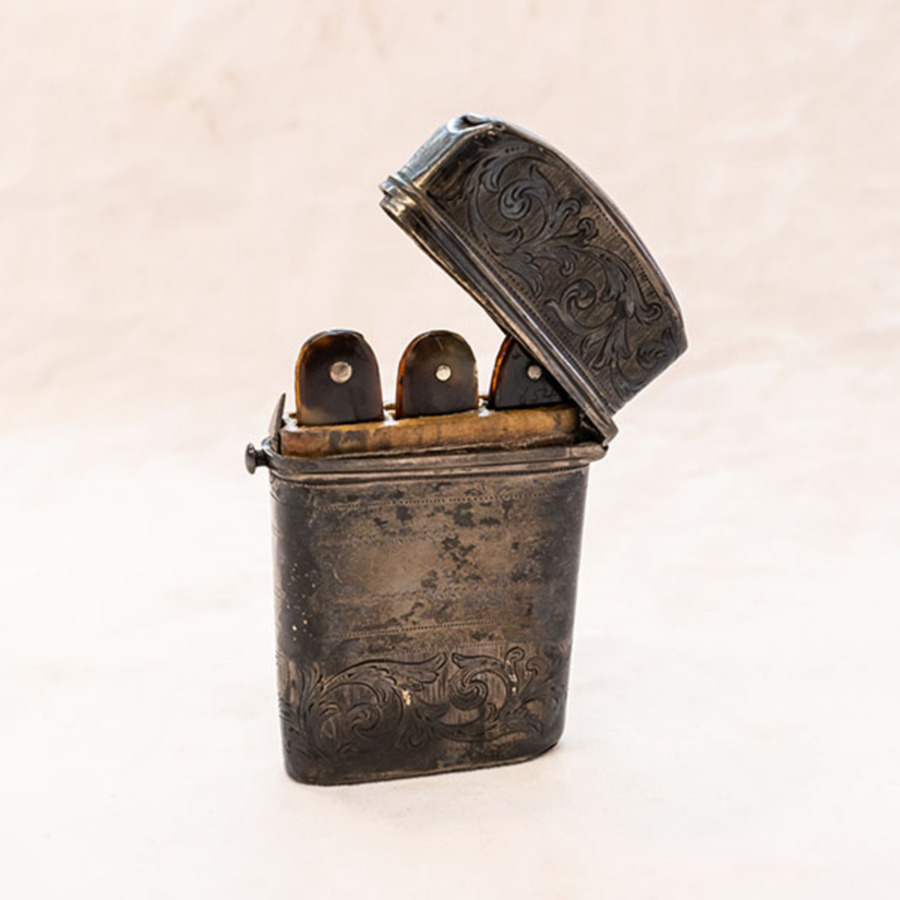 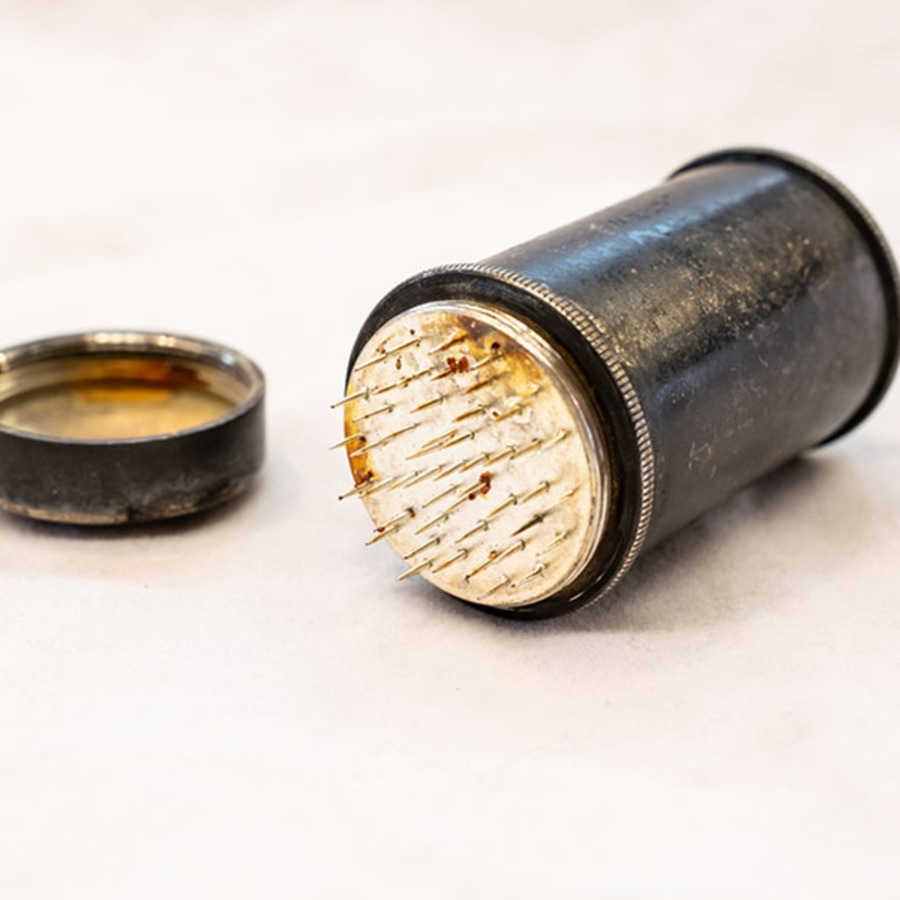 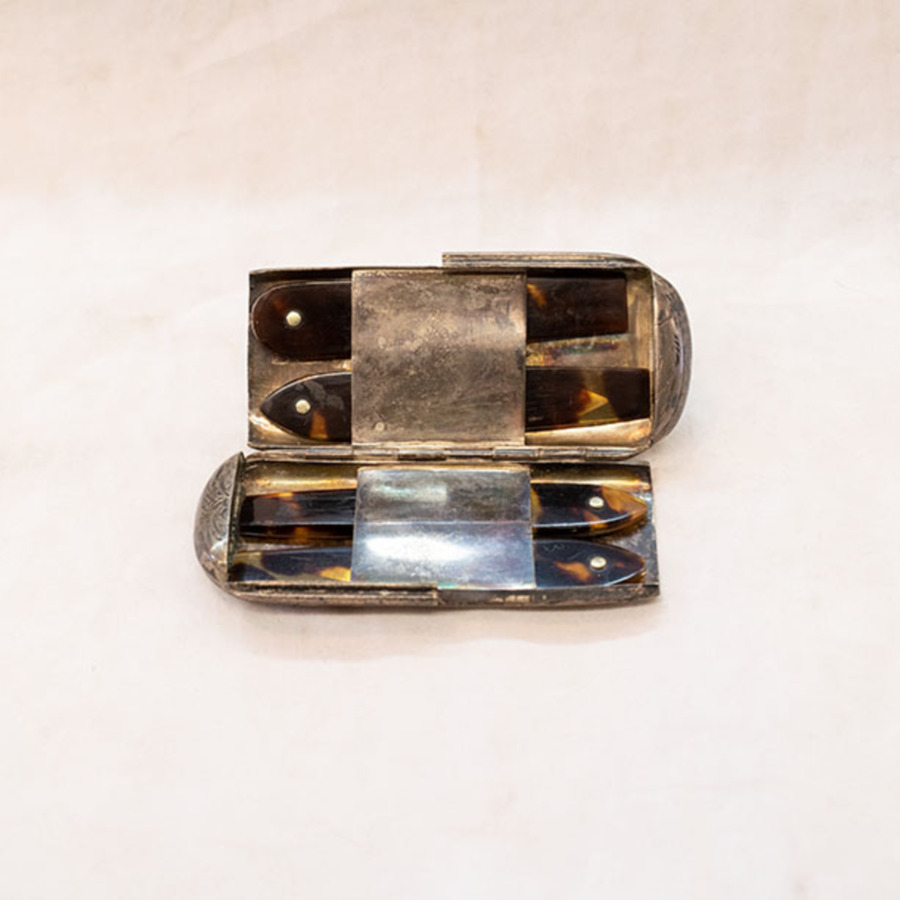 Within our museum collection are several examples of instruments that were used to inoculate or vaccinate patients against different diseases, ranging from the early 1800s into the mid-1900s. There are examples of vaccinators: instruments with multiple sharp needles embedded within the body to make multiple sharp incisions into the patient's skin simultaneously. There are also several examples of lancets: small portable incision knives often held within ornately-decorated cases.

Initially lancets would have been used during the vaccination procedure, being used not only to make small incisions, but also transmit infected matter from one patient to another to induce an immune response. Let's take Jenner's first case of vaccination as an example.

Inoculation was already a common practice by the time Jenner came to investigate possible ways to vaccinate people against smallpox. Inoculation involved exposing patients to smallpox deliberately to induce a milder form of the disease and build up an immunity. This procedure involved transferring material from a smallpox scab to a new patient via small cuts in the arm made by a lancet. Although the aim was to bring about a mild form of the disease, there was still a risk of death.

By the 1790s Jenner had trained in London, received his MD from the University of St Andrews, and had established himself as a local doctor and surgeon in Berkeley, Gloucestershire. He received a patient, a young milkmaid, who presented with a small rash on her hand. Although smallpox was prevalent in the area, Jenner diagnosed her as having cowpox, a similar disease to smallpox, but one that is much milder in symptoms and severity. Jenner had heard rumours from the countryside, stating that those with cowpox could not catch smallpox. Intrigued, he decided to put it to the test.

Jenner took some material from the cowpox scab of the dairymaid and used it to infect the son of his gardener, an eight-year-old boy called James Phipps. After James recovered from the mild bout of cowpox, Jenner variolated him using liquid from a smallpox pustule, making small cuts in his arm to cause infection. However, no infection occurred. James had become immune to smallpox. After his discovery, Jenner spent the rest of his career trying to convince the medical community of the efficacy and safety of the smallpox vaccination. As expected, he came up against some hesitancy.