Born in Falkirk in 1911, Thomas Cyril White qualified in dentistry and medicine in 1933 and 1935 respectively. Initially he worked as a dental anaesthetist in Glasgow but developed an interest in orthodontics leading, in 1936, to a post in Glasgow Dental Hospital and School and, in 1938, he was appointed Lecturer in Orthodontics. In due course, he received consultant grading and was appointed Professor of Orthodontics in 1961 and Dean of the Dental School in 1964 until his retiral in 1976.
He developed, along with Professor J Aitchison, a postgraduate qualification in orthodontics in 1948: The
Diploma in Dental Orthopaedics RCPSG was the first such qualification in the UK. He had a major role, with Professor J C MacDougall, in promoting the establishment of the FDS in 1967.
Professor White died in 1980. He bequeathed the residue of his estate to the Royal College of Physicians and Surgeons of Glasgow “for the furtherance of postgraduate dental education and research”. 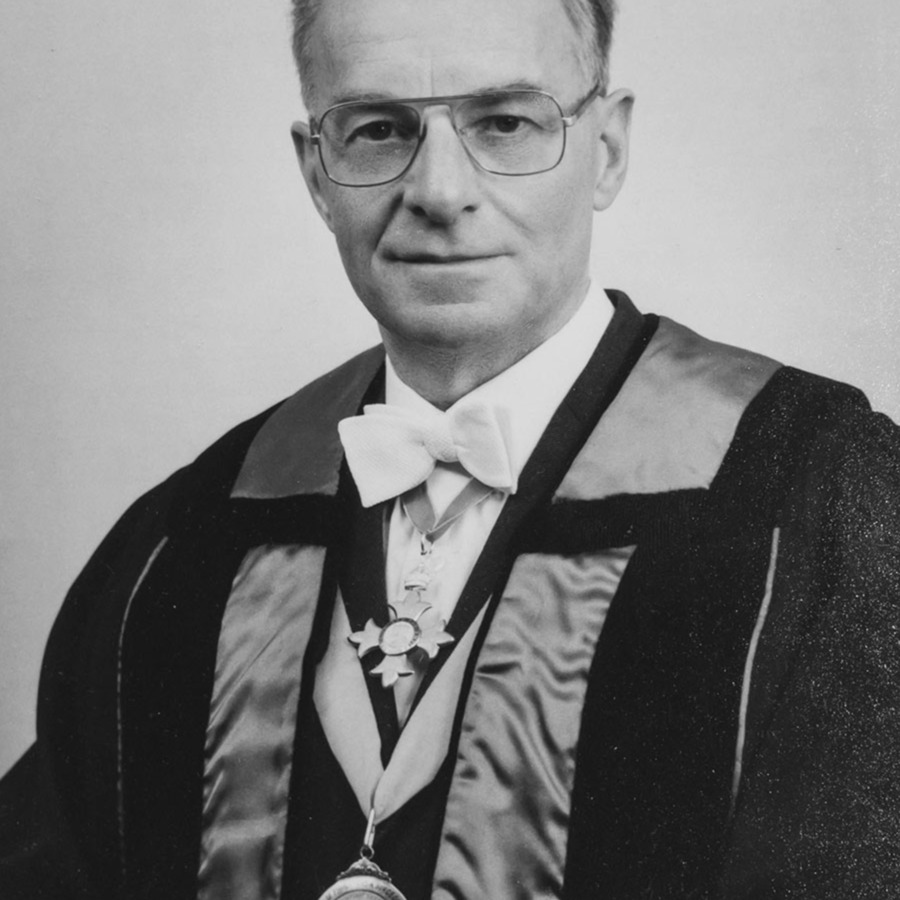