This animation describes the different elements that make up the crest of the College.

"The current coat of arms was approved by College council in 1862. In the top left and bottom right quarters we can see the symbols for the physicians and surgeons,  the poppy and the lancet, with the staff of Asclepius, a Greek god of healing and medicine, in the centre.

In the top right quarter we have the royal arms of Scotland, included to show the connections to the royal foundation of the College by King James VI.

In the bottom left quarter is the shield of arms of the city of Glasgow,  included to show the importance of the local position of the College in the community. Above the central shield of the crest is a lamp in front of an open book, representing enlightenment and continued learning.

There are two goddesses on the crest, chosen to represent the scientific and medical and surgical characteristics of the College. On the right is Hygeia, the Greek goddess of health. And on the left, Minerva, the Roman goddess of science and art.

Then we have the College motto. At the top, "Conjurat Amice", which translates to "together in friendship". This represents the physicians and surgeons working together.  At the bottom, "Non vivere sed valere vita",  which loosely translates to "not just to live life but to have a healthy life". 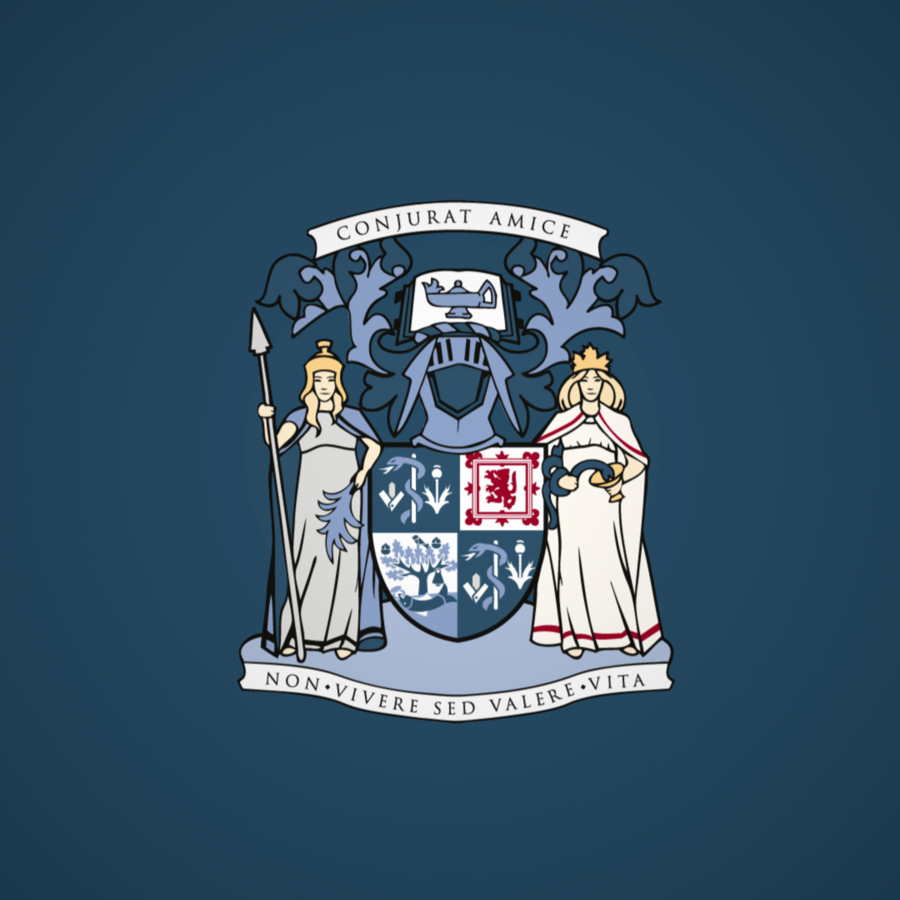