Born in Glasgow in 1912, John Campbell MacDougall qualified in dentistry and medicine in 1934 and 1935 respectively. During the war he served in the dental branch of the RAF at Millfield and Lossiemouth.
Thereafter, he was in general dental practice in Glasgow and visiting surgeon at the Glasgow Dental Hospital and School where, in 1955, he was appointed Senior Lecturer, becoming Professor of Dental Surgery in 1964.
In 1967, the year Dental Council was established, he became its first Convenor and, in conjunction with his colleague, Professor T C White, he introduced the examination for Fellowship in Dental Surgery of the Royal College of Physicians and Surgeons of Glasgow. Furthermore, together with his counterparts in the other three surgical Colleges, he formed the Joint Committee for Higher Training in Dentistry and helped to devise new rotational postgraduate training schemes in Glasgow Dental Hospital and School which served as a blueprint for training programmes elsewhere in the UK. 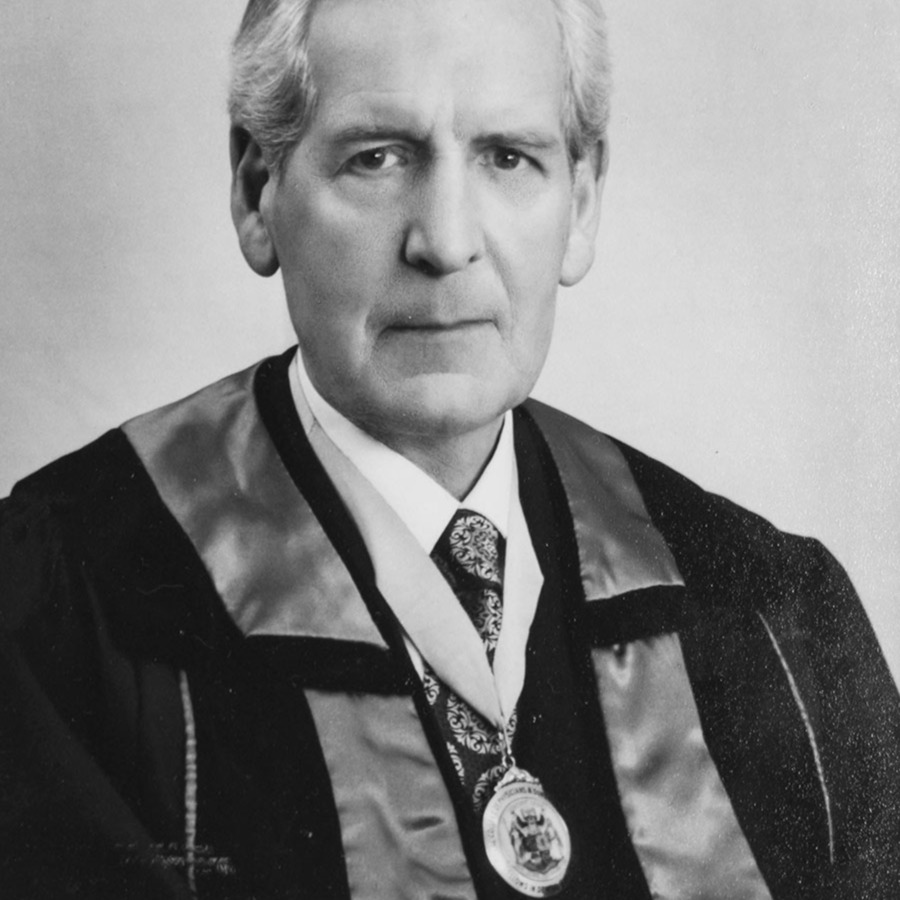