Hugh Duncan Campbell was born in Paisley in 1924 and began his dental training after serving in the Second World War. After graduating BDS at the University of Glasgow, he spent one year as a house officer in the Dental Hospital and subsequently continued his training in Cardiff and Dundee, in due course obtaining the diplomas HDD (1961), FDS RCSEd and FDS RCPSG (1967).
He returned to Glasgow as a Consultant Dental Surgeon in 1966, based in the Dental Hospital but with responsibility for dental outpatients and oral surgery in-patients at the Victoria Infirmary, Mearnskirk Hospital and the Southern General Hospital. He also held monthly clinics in Campbeltown and Lochgilphead.
Outwith clinical oral surgery, he served as Chair of the Dental Hospital Advisory Committee and President of the Glasgow Dental Alumnus Association. He was President of the Glasgow Odontological Society for 1978-79. On approaching retirement, he was elected Convenor of Dental Council. 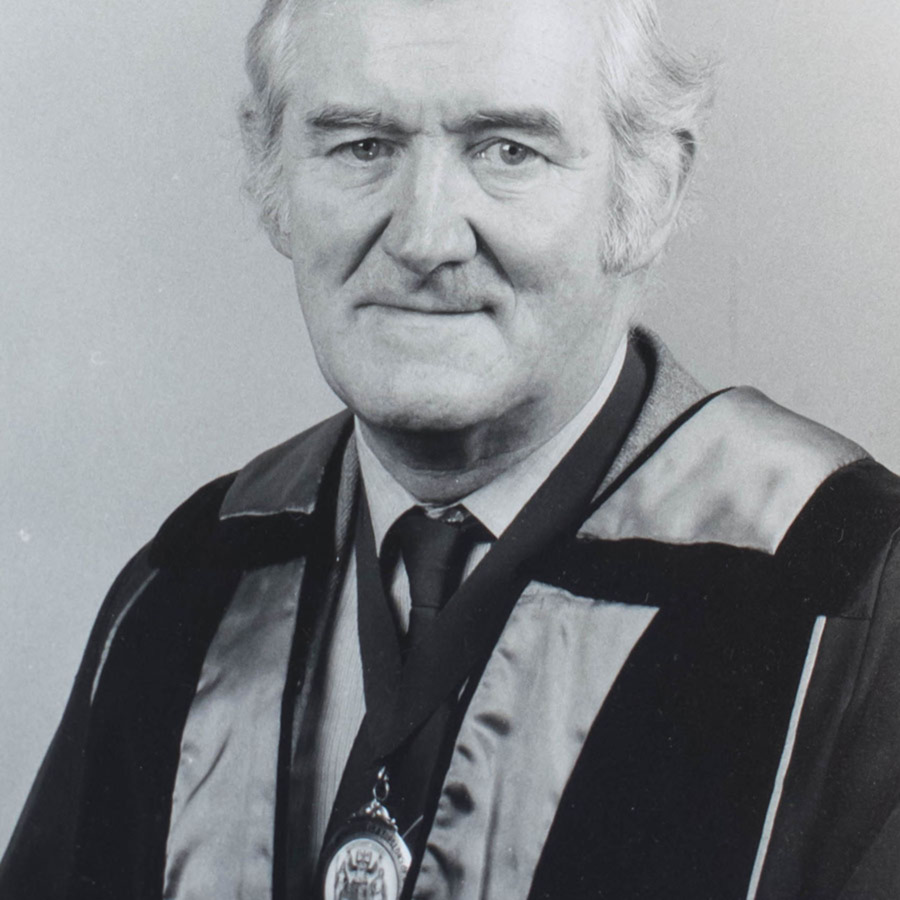