Plaster cast of William Hunter Medal, awarded to any life science student at the University of Glasgow for distinction in their field.

William Hunter was born in East Kilbride in 1718, and was a famous physician of the 18th century. He studied medicine at the University of Glasgow and was taught by William Cullen, a former president of the RCPSG. He then moved to London for further training, eventually specialising in obstetrics. Hunter was one of the first male midwives in the UK, a practice which until then had been reserved for women only, and his publication "The Anatomy of the Gravid Uterus Exhibited in Figures" can be found within the College's library collection. 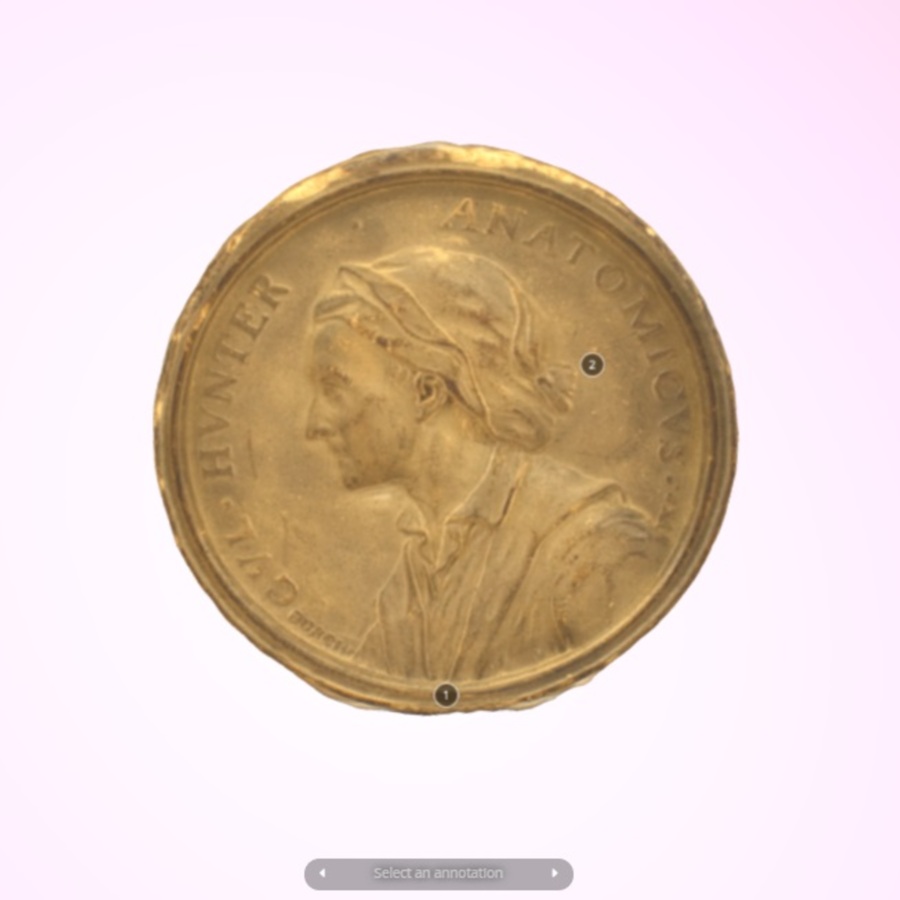