This bi-phasic stimulator was owned (and probably built) by the neurologist James Sloan Robertson. Although the exact purpose of the machine is unclear, it was most likely used during surgical treatment of patients suffering from epilepsy. An electrode would be attached to the machine, which would help the surgeon to locate a lesion for removal, and also ensure that an undamaged part of the brain was not about to be removed. The device is clearly handmade, and is most likely an early prototype or precursor to machines used in later deep brain recording techniques.

James Sloan Robertson was one of the first modern neurosurgeons in the UK. After graduating in medicine from the University of Glasgow in 1920, he worked as a surgeon at the Glasgow Royal Infirmary. He then trained in Canada for a year under renowned neurosurgeon, Wilder Penfield, at the Neurological Institute, Montreal.
During the Second World War, Robertson worked as a specialist in neurosurgery at the EMS Hospital in Killearn. He was one of the men behind the creation of the Institute of Neurological Sciences at Glasgow. 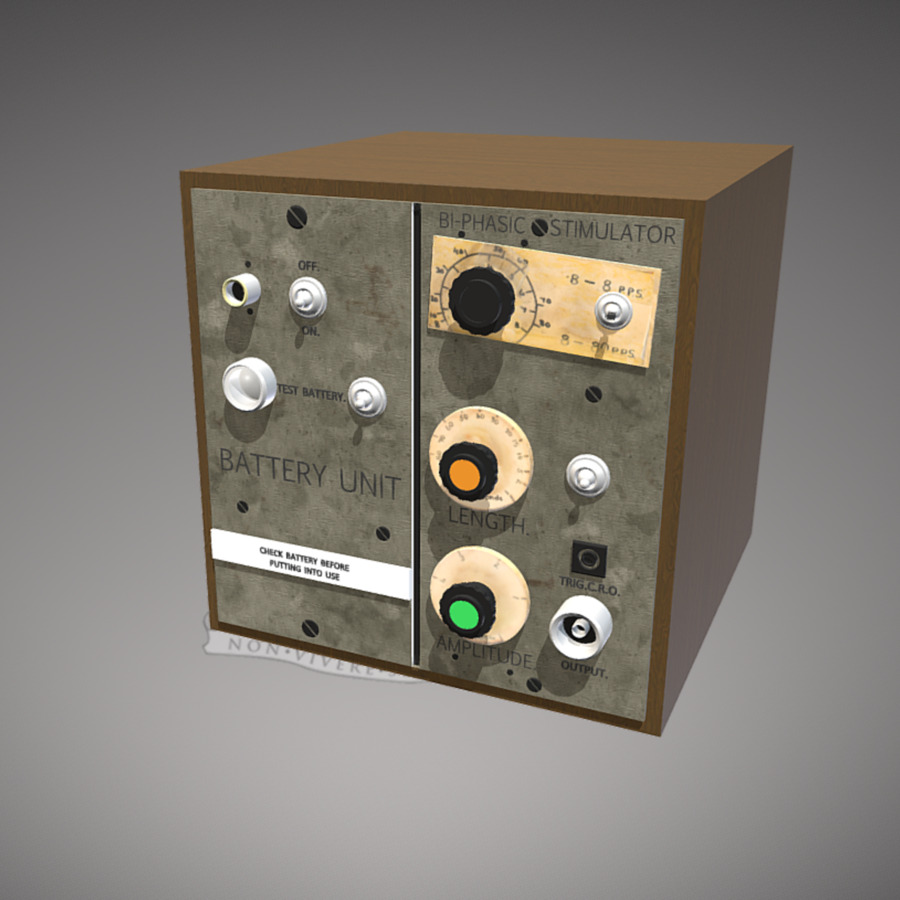