Pictured here is an X-ray tube originally from the Radiology Department of the Glasgow Royal Infirmary. Glasgow was the first city in the world to have an official radiology unity in a hospital, set up by physician and engineer, Dr John Macintyre.
After the discovery of X-radiation by Wilhelm Roentgen in 1895, Macintyre demonstrated the use of X-rays in medicine and went on to set up the radiology department of the Glasgow Royal Infirmary in 1896.
Very early type in which the rays were produced by the impact of cathode rays on the glass wall of the bulb. Similar to some of those used by Röntgen in the experiments with which he followed up the initial observation on which his discovery of x-rays was based.&nbsp; 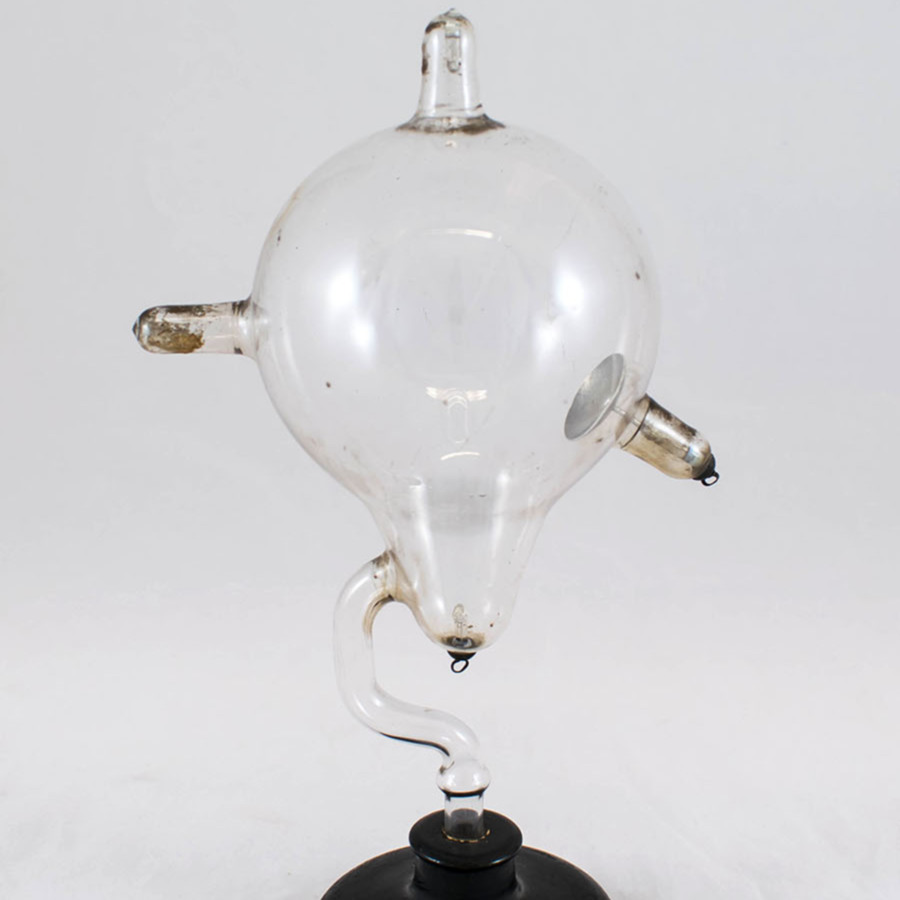