These slides belonged to Dr Alice Margaret Insh, who
worked at Shieldhall Fever Hospital and was a Senior Medical Officer in Lanarkshire in the mid-20th century. They were probably used for teaching, and contain a variety of samples, including cancer, bacteria, and general histology, taken from both animals and humans.

She served as the Senior Medical Officer in Lanarkshire and the Resident Physician of Shieldhall Fever Hospital in Glasgow. 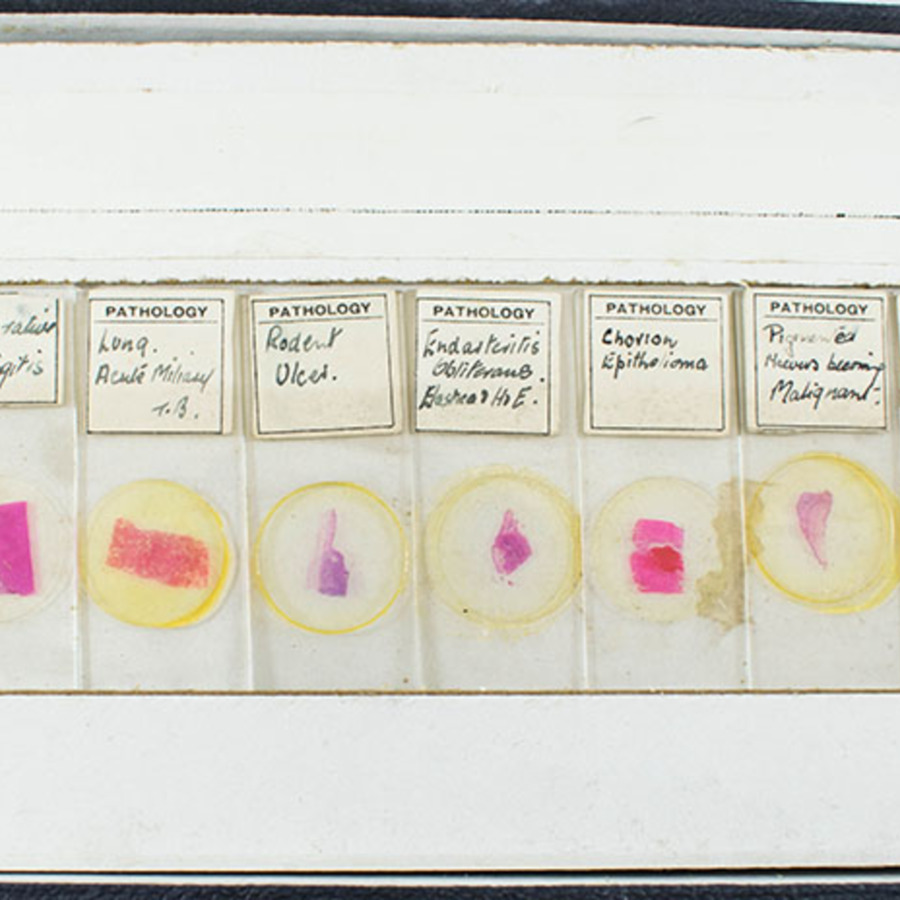 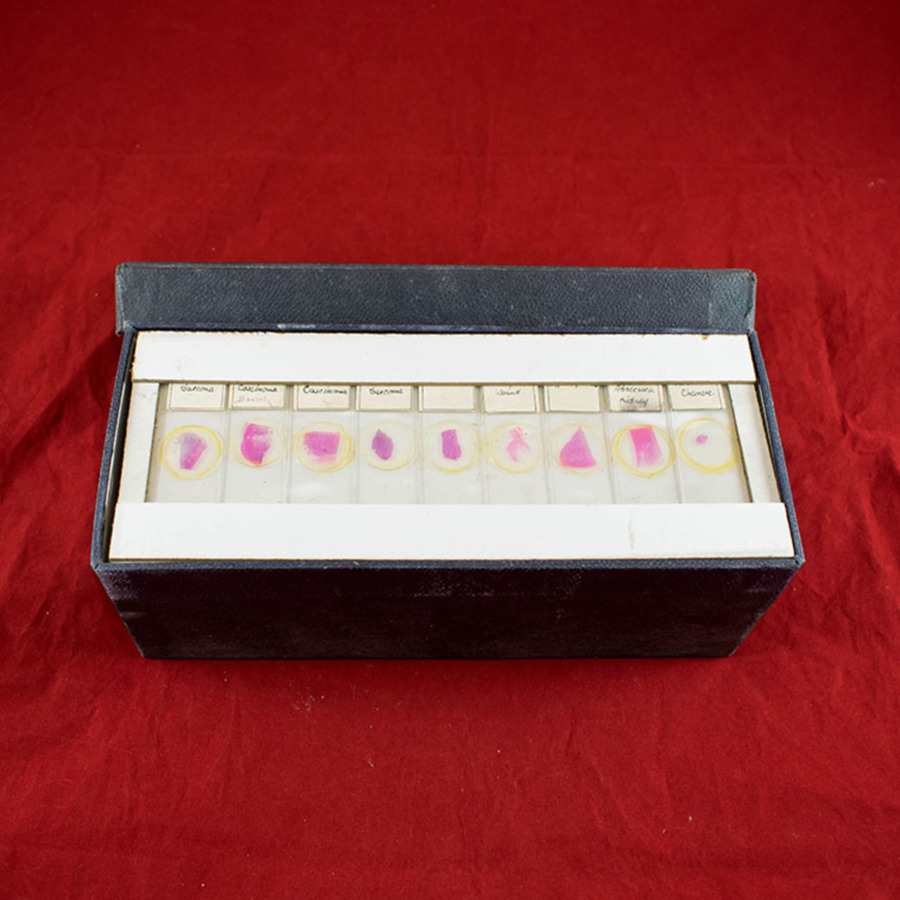 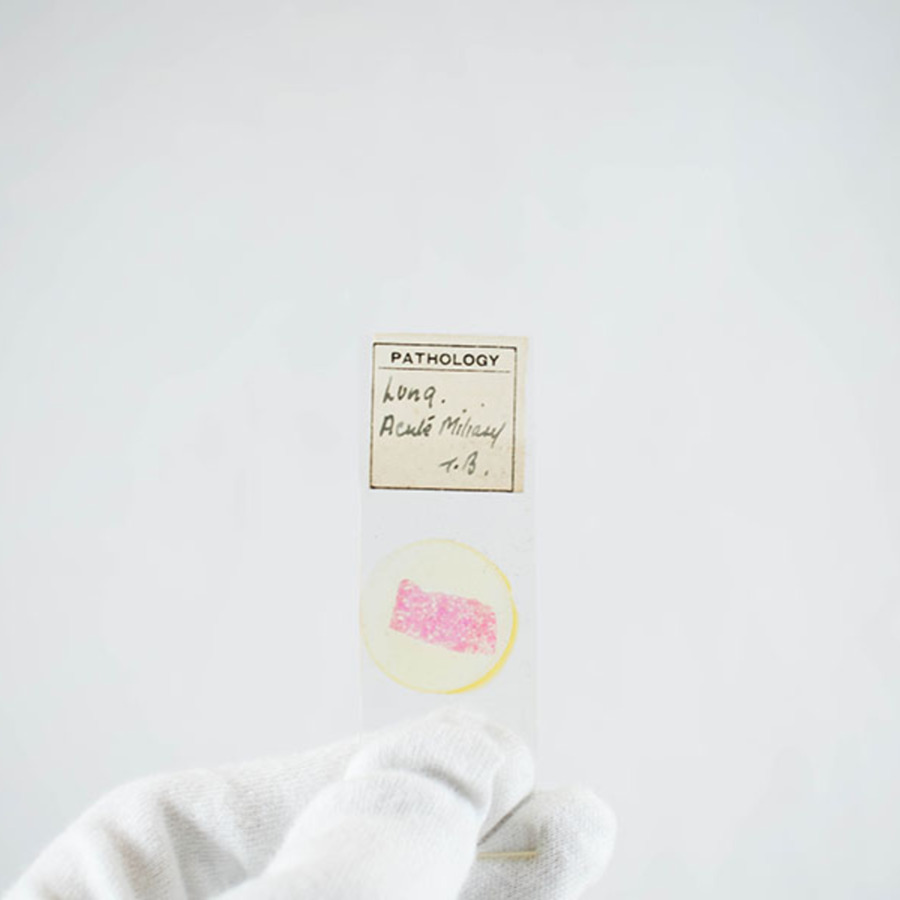