The blood circulator was a hand-held device used for vibrotherapy, a form of treatment that uses vibration. The device has a hand-crank, which is turned to produce a vibrating motion. It can also be fitted with changeable rubber tips.

The blood circulator was invented by Dr Gerald Joseph Macaura (1871-1941). Dr Macaura claimed that the blood circulator could cure many ailments including rheumatism, heart disease, asthma and deafness, although these claims were unproven. He went by the title ‘Dr. G. J. Macaura, F.R.S.A., of the National Medical University, Chicago.’ In later years it emerged that Macaura was not medically qualified. He was prosecuted for fraud and the illegal practice of medicine in France in 1914.

This device is held in a cardboard box, with the writing ‘Dr Macaura’s Blood Circulator’ on the lid along with an illustration of the device. 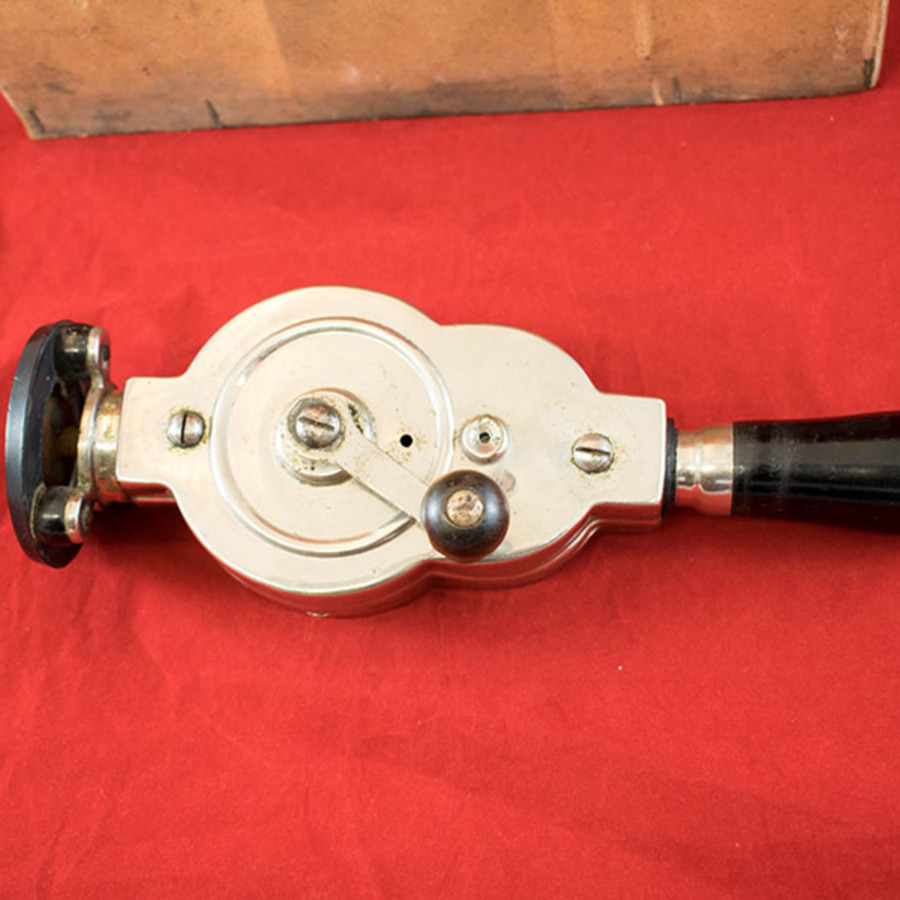 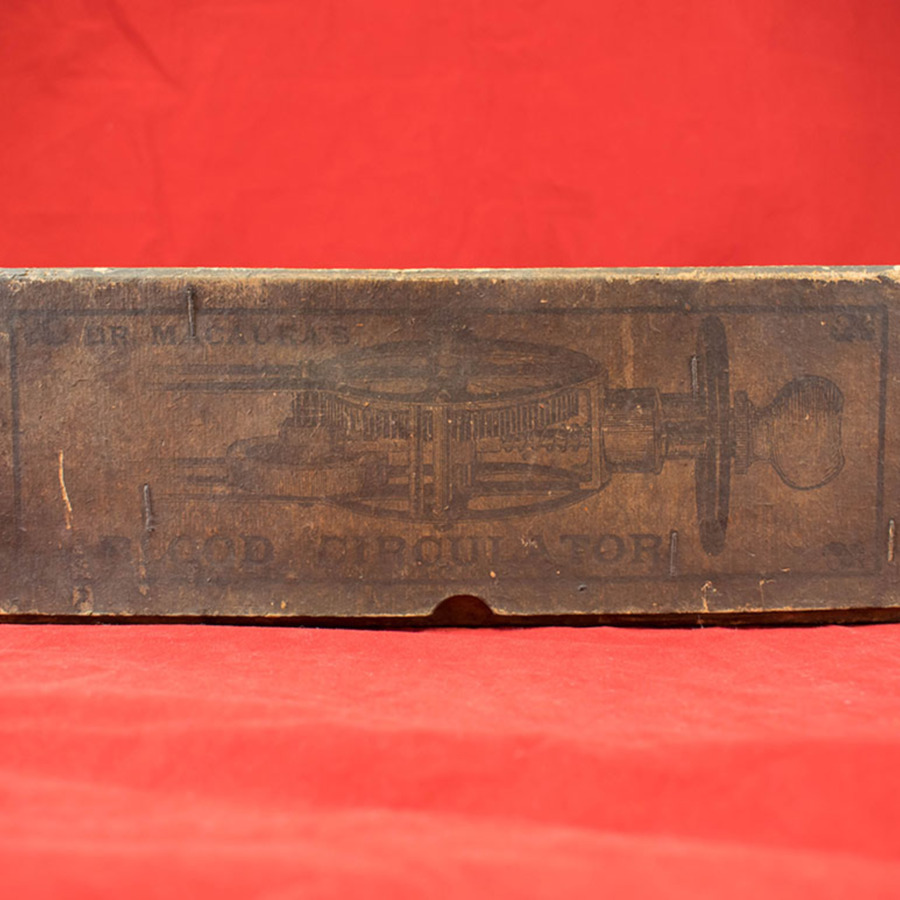