Maud Perry Menzies was a tremendous medical practitioner active from the 1930s to late 1980s. Dr. Menzies earned her medical degree at the University of Glasgow, graduating in 1934. Not only was she one of the minority of females graduating from medicine at that time, but she was the top ranking student in Surgery, receiving the Sir William Macewen Medal for her efforts.
Menzies had a passion for helping and healing members of the public, which was evident in her work as a general practitioner and a medical officer. As an assistant medical officer of health, Dr. Menzies launched an immunisation campaign for diphtheria in Rutherglen. She also went on to work for the RAMC during the European Campaign of the Second World War, returning to Glasgow to become the principal medical officer for the school health service.
Within the medical bag are several medical instruments, including a field tourniquet, syringes, suture needles, and ligatures. 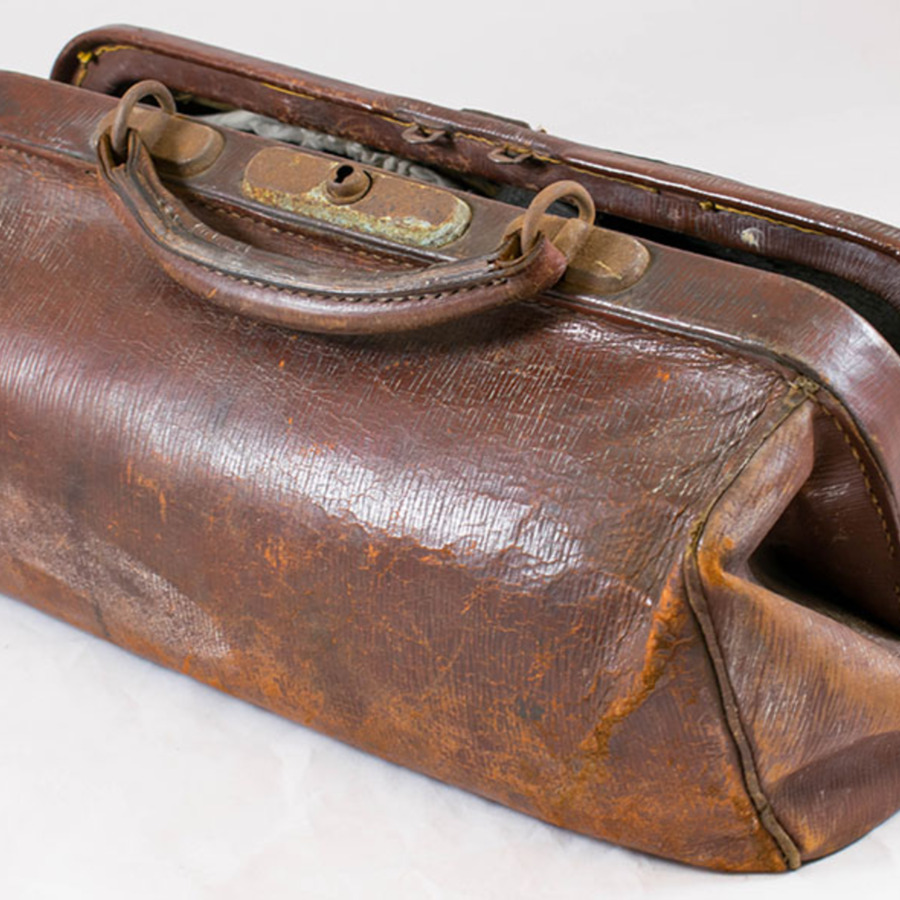 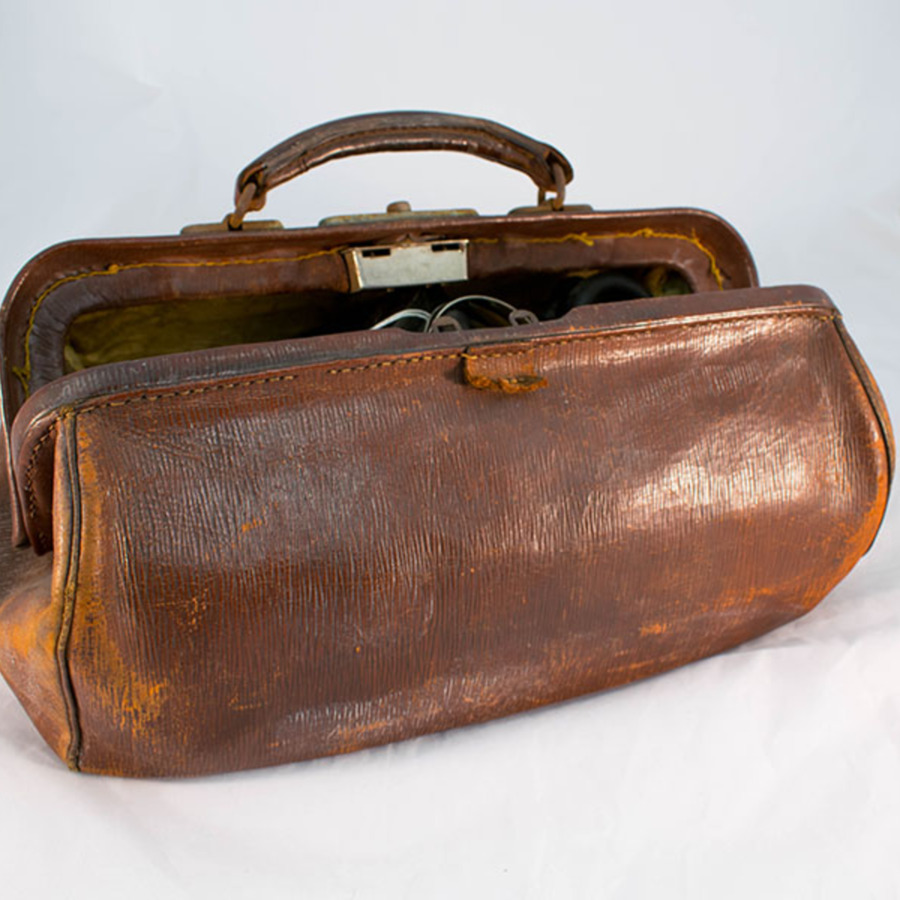