This 3D model is an interactive version of a woodcut illustration from Andreas Vesalius' publication, "De Humani Corporis Fabrica". 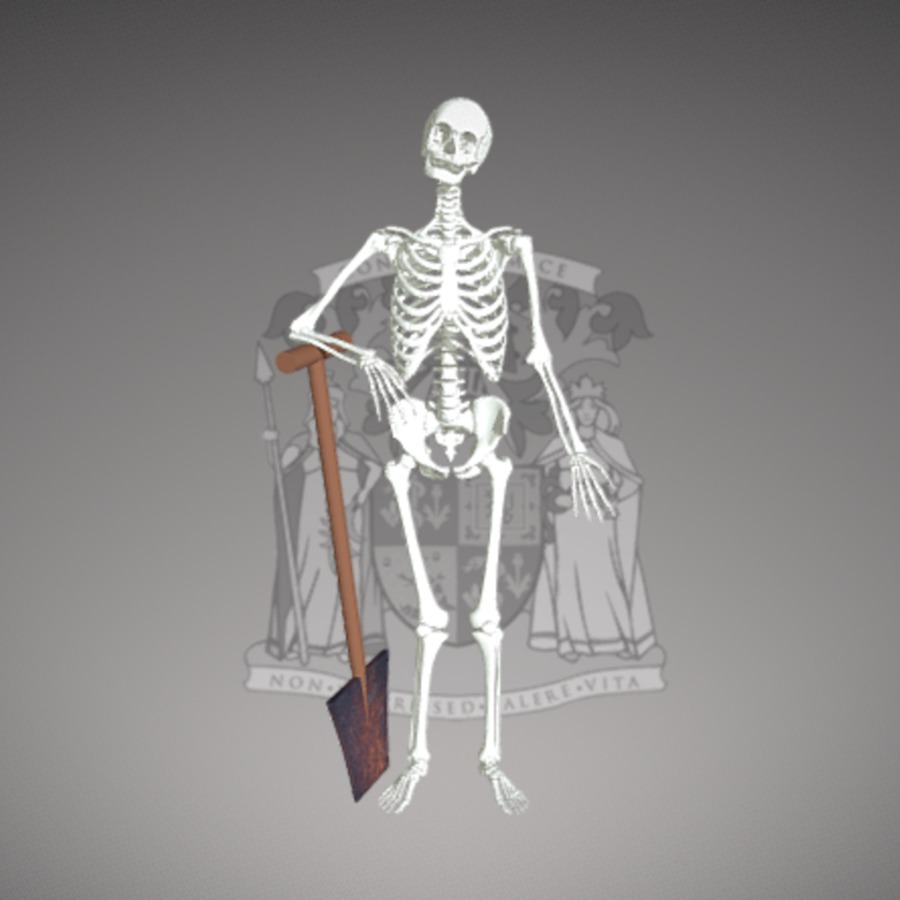