Before the days of patient confidentiality, it was common for correspondents to openly discuss patient cases. 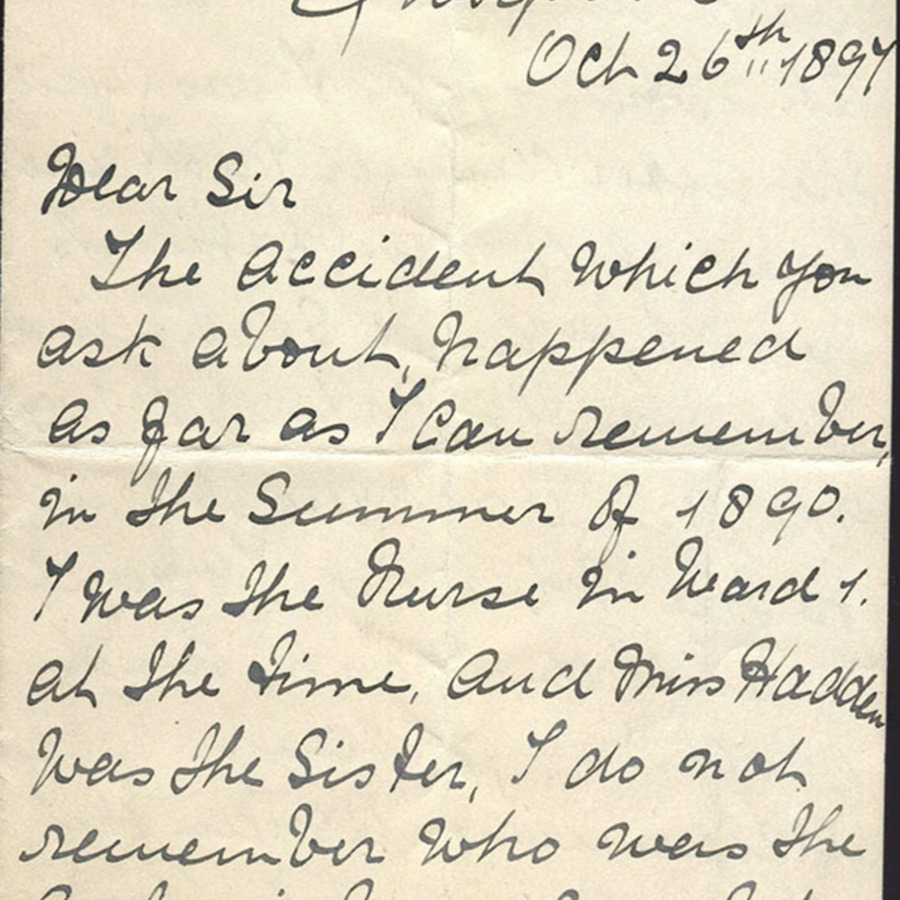 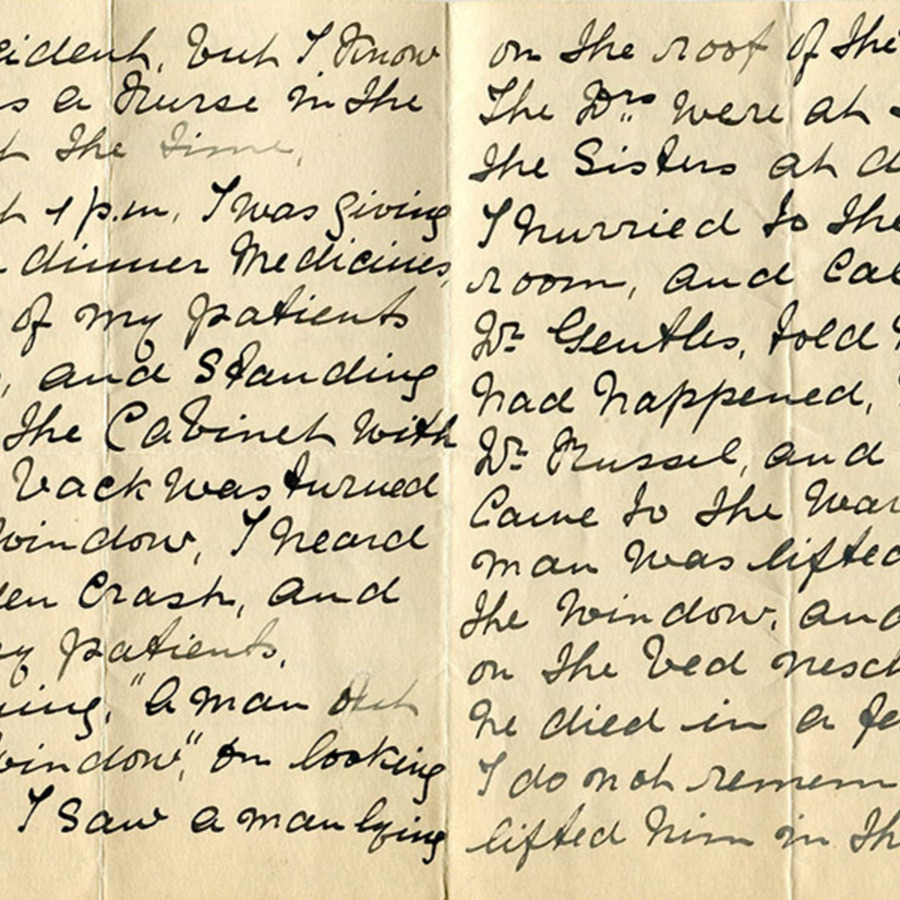 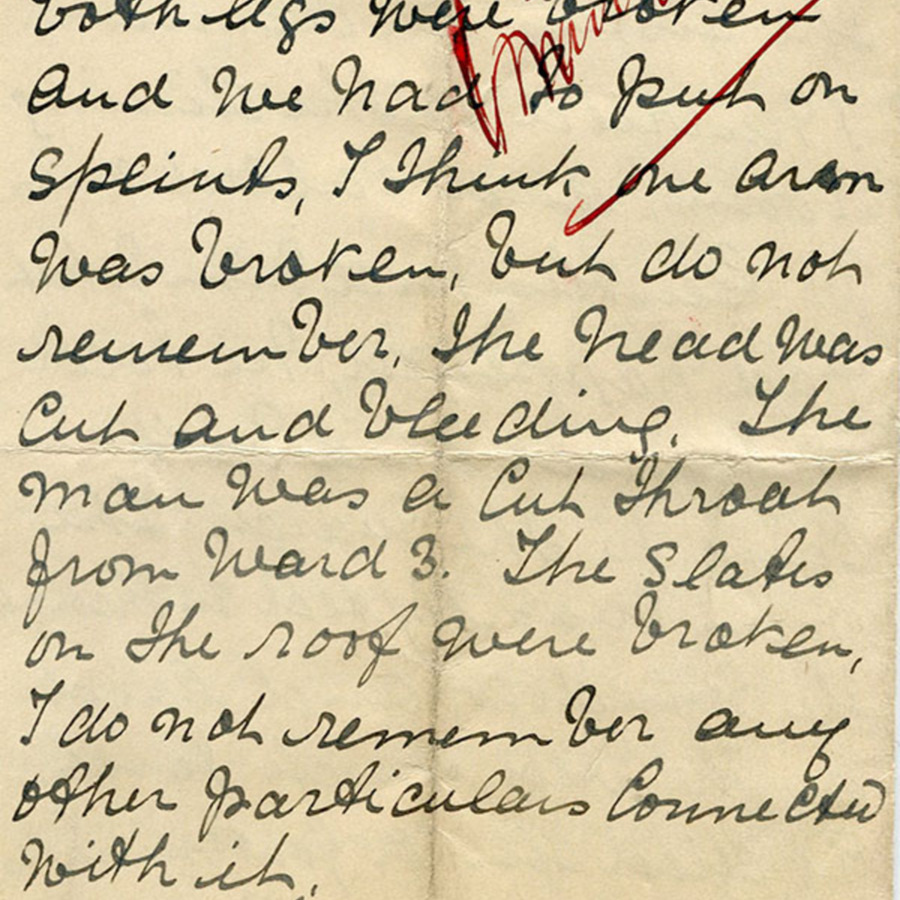 The letter gives an account of a case of suicide at a hospital in 1890, described by the nurse on duty at the time. It was written in response to a request from Macewen. Whilst administering the post-lunch medicine for her patients, a patient had taken his life by jumping out of a window. The patient was not named, but it was noted that he was a known criminal.